The Rotherhithe club have one of the lowest budgets in the league. 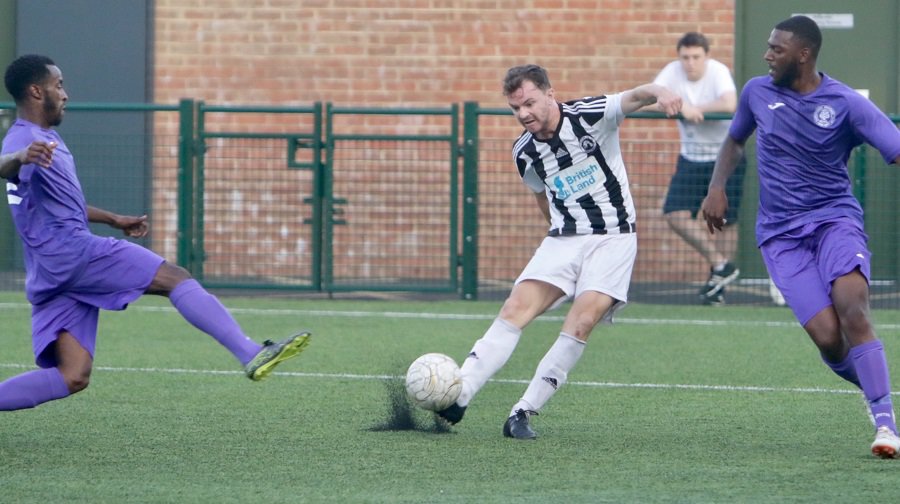 Fisher bounced back from relegation at the first attempt.

FISHER BOSS Dean Harrison feels staying up will qualify as a success this season – as he urged local people to “come and watch games” and “spend some money at the club”.

Harrison is working on a budget of £300 per week as Fisher look forward to being back in the Southern Counties East Football League Premier Division after promotion last season.

Harrison guided the team’s return to the ninth tier of English football after relegation in 2016-17 despite not being able to compete with rival clubs for transfer targets.

Harrison was asked what the playing budget was after the recent 1-1 draw with Millwall under-18s.

“It’s not a lot of money. It’s tough.  What we try to do here is create a good environment, create a good dressing room. The coaching is good and we just try to get the boys to enjoy it and enjoy their football.

“Whereas you get a lot of boys who go to other clubs with money where they purely play for the money not particularly enjoying their football, happy to take the money every week. That’s when teams can come unstuck sometimes against us.

“Hopefully we can consolidate this year, keep the team up healthily and then next year hopefully get some money from somewhere and start looking to push on and strengthen the club.”

Harrison believes having strong local support is the only way to build the club.

“Come and watch the games, come through the gates, spend some money at the club,” Harrison urged. “Can you sponsor, can you buy a board around the pitch, an advert in the programme, just get involved?

“Just help the club. It’s a great club, it just needs some help. The people here running the club are doing their level best to keep it afloat and do what they can but it really needs help.”

Harrison gave a trial to Luis Velay-Vivel against the young Lions, and the goalkeeper impressed after playing the second half.

“He looks like a decent keeper, he’s new to us,” Harrison said. “He came over from Spain recently, he’s working. We’re getting international clearance now so hopefully it’s here before the start of the season.

Fisher kick off their Premier League season at Hollands and Blair on August 4, before their first league game at St Paul’s against Croydon on Tuesday August 7.