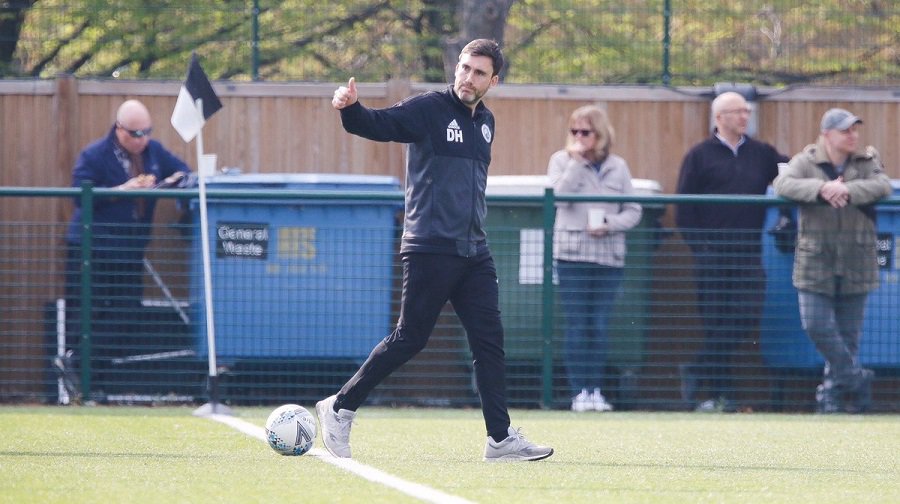 DEAN HARRISON said it was “with deep sorrow” that he was leaving Fisher after guiding the club to third place in the SCEFL Premier Division this season.

Harrison announced his departure through a statement on Twitter on Friday, explaining he and the board had “different visions” for the future of the club.

Harrison led the Fish from promotion from the First Division last season, and almost took them out of the Premier Division with one of the smallest budgets in the league. They were in the race with two games left before finishing six points off Champions Cray Valley, who claimed the one promotion spot.

“With deep sorrow in my heart, I today handed in my resignation as manager of Fisher FC,” Harrison said. “I feel myself and the board have different visions for the future and I’ve taken the club as far as I can on what’s been an amazing journey.

“I thank my coaching staff and the lads for all of the time, effort, blood, sweat and tears they have given this season. What they achieved was nothing short of phenomenal.

“A massive thanks to the supporters who were there behind us every step of the way, in full voice, come rain or shine. You are the club and will still be there as managers and players come and go. In my opinion you are second to none in this league.

“Thank you all. It’s been one hell of a season and a time I’ll never forget!”