After win Michael Burke will fight for an ABA title 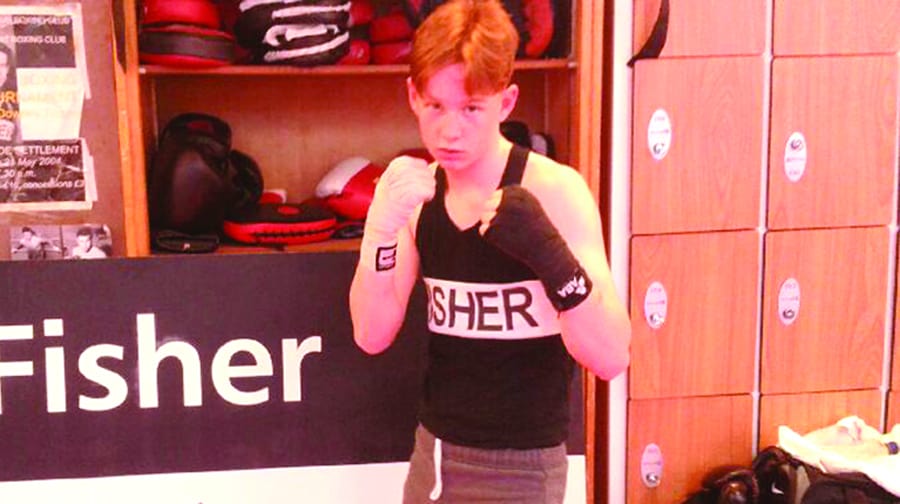 Michael Burke made the ABA finals but Joe Cheeseman, inset, came up short.

Fisher junior boxer Michael Burke will fight for an ABA title after a semi-final victory in the England Schoolboy championships last weekend.

The fourteen-year old defeated James Head from Billericay in two rounds and will now travel to Sheffield this weekend seeking to become a national title holder.

Fisher head coach Steve Hiser told the News: “Michael was very strong and he was well on top in the first round and I told him he could stop his opponent, and he went out and stopped him in the next round. “He’s a good fighter who has a decent record having just lost once in around fifteen fights.

I think at one time he didn’t really believe in himself but he has now found that belief and there is no reason why he could not go all the way in this now.” However club colleague Joe Cheeseman, thirteen, could not match the result of Burke as he lost on points against Adam Azim from the Pinewood Star club. Hiser added: “I thought Joe could have nicked the decision.

The other kid moved around the ring really well but I didn’t really see what he hit Joe with to give him the verdict. “But that’s the way it goes, sometimes you need that bit of luck. We are still proud of Joe and he really impressed me in the way he handled things. “He was obviously disappointed but he conducted himself like a man even though he is still very much a boy.”