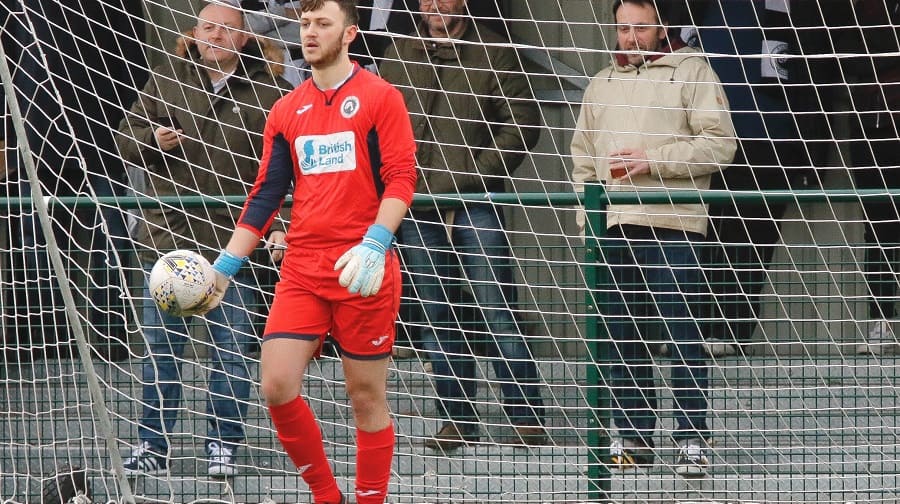 FISHER REFUSE to relent in their bid for what would be an extraordinary second successive promotion after their 1-0 win at Tunbridge Wells last weekend.

Mathieu Ramsamy scored the only goal of the game, as Dean Harrison’s side made it two wins from two since their controversial Challenge Cup defeat to Corinthian, who they now trail by just one point at the top of the SCEFL Premier Division table.

Mudi Wanogho had a chance to put the Fish ahead when he got his head to Trey Small’s corner but was off target.

At the other end, Fisher goalkeeper Dan Wheeler claimed several crosses into his box on the way to a deserved clean sheet.

The visitors went ahead when Dan Flemming flicked on and Ramsamy blasted home from six yards.

The second half was sloppy on a difficult pitch with both sides struggling to create chances, and the game was held up for several minutes as Fisher’s Pat Geddis needed treatment for a head injury.

After the game resumed Wells piled on the pressure and forced several corners, before Wheeler produced an outstanding save to preserve his side’s lead.

Harrison brought Harry Tobin on for Rob Brown and Kush Campbell-Palmer replaced Ramsamy. Striker Campbell-Palmer’s ability to hold up the ball was crucial in allowing Fisher’s defence some breathing space.

Afi Soyemi-Olade fired in a dangerous cross as Fisher sought the cushion of a second goal, but they saw the game out to delight their 32 travelling supporters.