The Fish are in FA Vase action this Saturday at Kennington 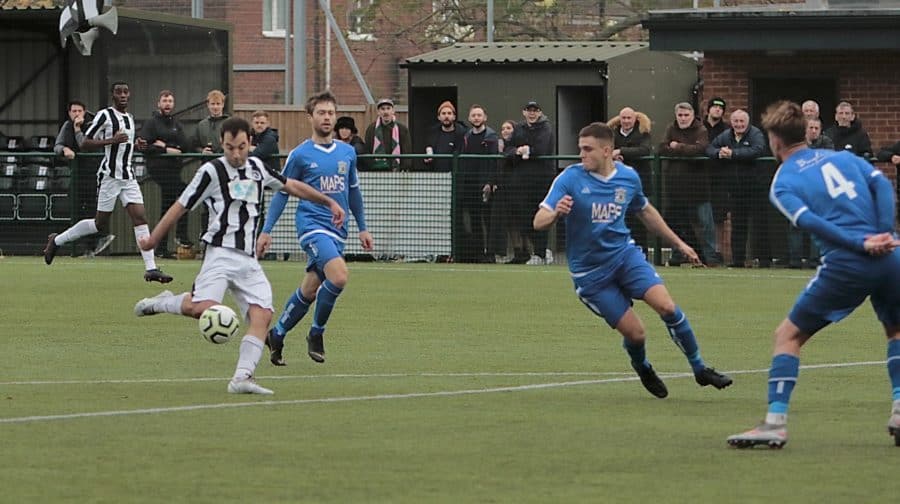 Fisher's Robert Brown takes aim. Photo: Dave Anderson
There was a record crowd at St Paul’s last Saturday for a league fixture – but unfortunately no goals as Fisher drew 0-0 against Deal Town in their SCEFL Premier Division game.
Tarik Ibrahim and Robert Brown went closest for the Fish in the first half in front of 298 supporters in Rotherhithe.
Fisher goalkeeper Charlie Payne denied Alfie Foster after the break before at the other end Josh Biddlecombe forced an excellent save from James Tonkin.
Kevin Songolo had one last chance for the hosts but fired wide.
The point leaves Fisher in twelfth place in the table with fifteen points from eleven games.
Ajay Ashanike’s side travel to Kennington in the first round of the FA Vase this Saturday. Kick-off is 3pm.
Image: @brockleylion