“I thought the back four were excellent, especially the two full-backs..." 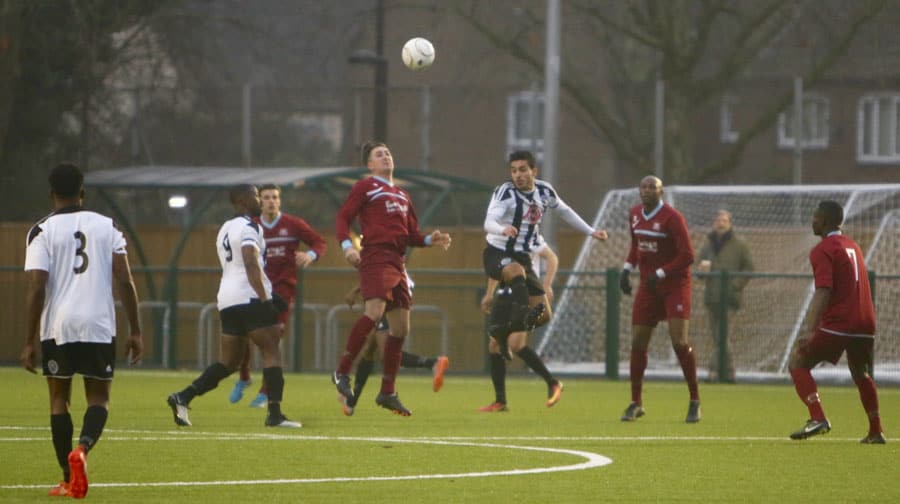 Fisher earned their first point at St Paul’s since late August last weekend, as they drew 1-1 with AFC Croydon Athletic.

A crowd of 89 were given a free box of Maltesers each as part of the festive cheer, but the visitors were to play the part of Scrooge, as Morgan Jenden’s 32nd minute opener handed them the lead.

However, debutant Alvaro Munoz levelled with eighteen minutes remaining to ensure a share of the spoils.

The result leaves the Fish rooted to the bottom of the SCEFL Premier Division table, but will give them hope for the New Year under new management.

Dean Hunter was full of praise for his players after the game. “That was indeed a fantastic point for us,” he said. “I thought the back four were excellent, especially the two full-backs and Toyo Adeshina has certainly given me a decision to make for next week when Harry Bugden will be back from suspension.

“I asked the lads how they felt after the game and it was a mix of emotions. Some were happy that we’d gained a point, but some were disappointed that we hadn’t taken all three. At the same time, we got caught on the break a couple of times at the end and could have come away with nothing, so we need to mature quickly as a team and understand how to manage games better.”

Next up for Fisher is a derby with Beckenham Town on December 27 – and it’s one that Deano is urging fans to flood to St Paul’s. “The Beckenham Town game will no doubt be a fantastic game for the neutral.

This is one of those games when home advantage can really count. The lads and I would love to see a big crowd at St Paul’s on the 27th. The fans fantastic vocal support really is appreciated and can make a big difference to the team on match day.”