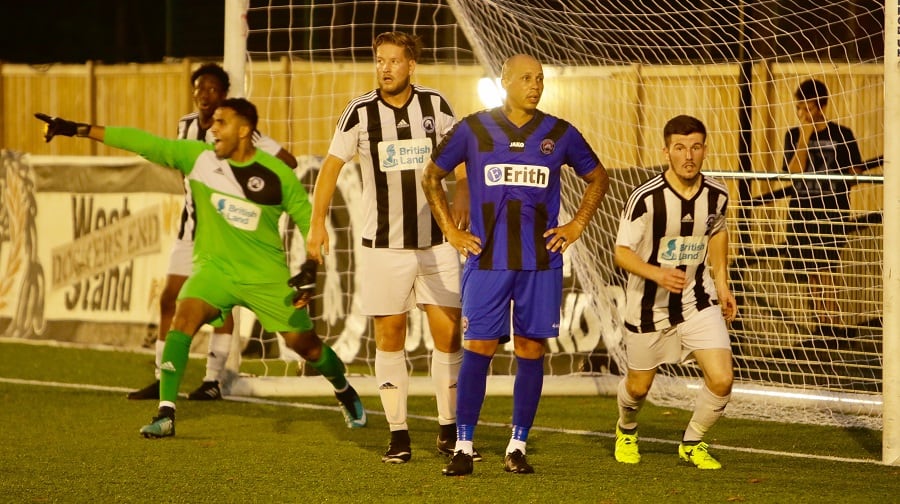 FISHER HAVE shot up to third place in the SCEFL Premier Division table after picking up four points from their two league games this week.

New signing Mudiagha Wanogho gave his side the lead in the 34th minute, before Fisher ran rampant after half-time. Jamie Brown made it 2-0 in the 68th minute and the hosts threatened a comeback when Don Walsh pulled a goal back with eleven minutes left, but Sam Pekun and a 90th-minute penalty from Richie Hamill sealed an impressive win.

Fisher were back at St Paul’s on Tuesday night but this time were disappointed as they blew a two-goal lead against Erith Town.

The Rotherhithe side were 2-0 up at the break after goals from Pekun and Brown, the latter coming on the stroke of half-time.

And they held that advantage until the 70th minute when Alex Nelson halved the deficit.

It looked like Fisher had done enough to earn the points as the clock ticked into the 96th minute. But the visitors got one last corner, and Simon Glover scrambled in the equaliser to stun the hosts.