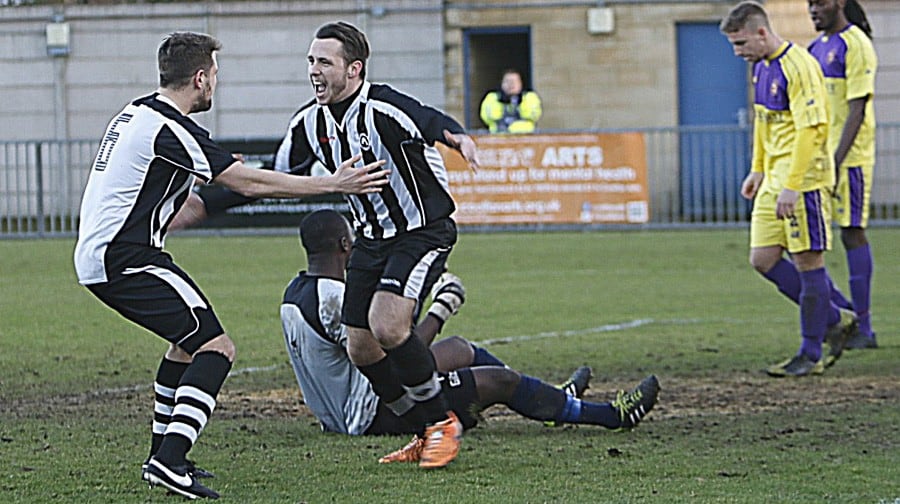 Fisher ended a run of three months without a win with a victory against fellow struggler’s Croydon at Champion Hill on Saturday.

The victory gives the Black and Whites some breathing space as they aim to avoid relegation from the Southern Counties East Football League this campaign.

The bottom side, currently Erith Town after Saturday’s results, will be relegated to the Kent Invicta League at the seasons end and the Fish are now five points ahead of Town

The Fish, once again with a host of new names on the team sheet, started well although the first real effort of the match didn’t come until the 15 minute, when Max Rothwell fired wide after Jordan Adekunle did well to find him with a well-placed cross.

Fisher took the lead in the 39 minute when Alfie Roche battled well to retain possession in the box before setting up Calvin Ekpiteta who fired the ball home.

At the other end, Justin Lee was once again in fine form, with Aaron Seales and débutante Jake McIntyre providing a solid defensive shield in front of the keeper.

In the second half, Croydon started to look a little more dangerous, but McIntyre continued to impress in the heart of the defensive line, which limited the Trams to just a handful of chances, with  Lee able to clear up each time.

The decisive second goal of the day came eight minutes into the second period when a fast move down the left wing ripped Croydon apart and set up substitute Chas Davis who headed home.

Manager Dean Harrison said after the contest: “We will be looking to continue our winning ways after this victory. The players were really good.

“They were better mentally especially, their work rate and desire was what we want it to be and it was something we lacked in the defeat against Lingfield.

“In that game Lingfield wanted it a bit more than us so refereeing decisions or not that was not good enough.”

Fisher play their return fixture against Lingfield this weekend where they will hope to continue their new found winning ways.