Fisher have something to prove this weekend

Harrison feels Fisher still have a point to prove 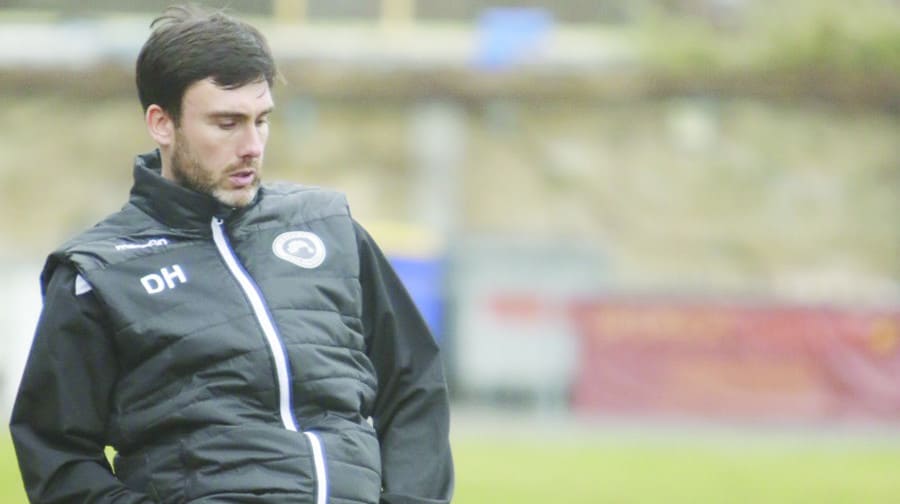 Fisher manager Dean Harrison says his players have something to prove this weekend in spite of the fact the club is already safe from relegation.

The Black and Whites play their final game this season when Ashford United come to Champion Hill and Harrison wants his charges to up their game after a lacklustre display in the defeat at Greenwich Borough last Saturday.

They played the first half like it was a meaningless game and I really wanted us to go out with two wins from our final two games. “The performance was patchy. There were some good things and bad things to take from the game and I suppose you get that sometimes.”

With their Southern Counties East Football League status secured after a tough campaign Harrison hopes his players will maintain their recent high standards against Ashford as he want to leave supporters on a high this campaign. He told the News: “This weekend is our last game of the season and I want to thank all the supporters and people at the club who have been fantastic to me since I joined Fisher. “Hopefully I can get them a nice win against Ashford as a way of saying thank you to them.”

Fisher will be holding an end of season awards event after the game on Saturday in the Champion Hill bar. Proceedings are due to commence at 6pm. There is no charge for entry but donations towards the cost of awards and refreshments are welcomed by the club.

Southwark NewsSportFisher have something to prove this weekend