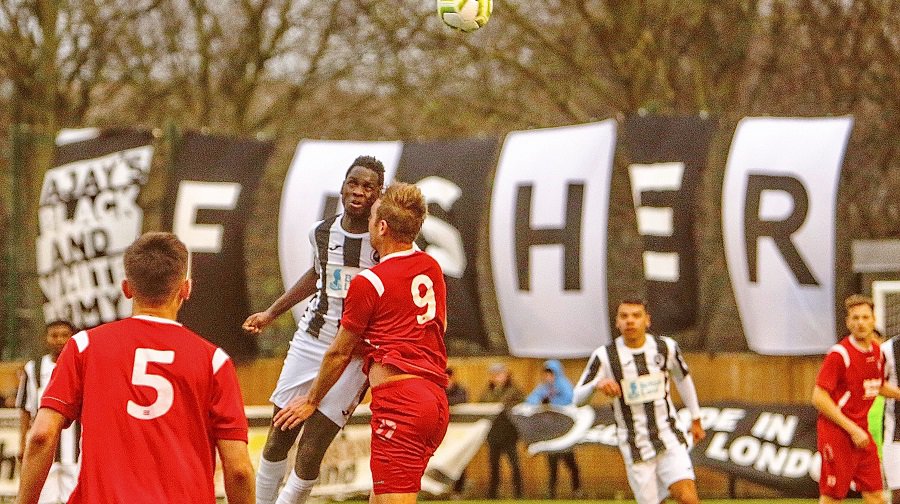 Fisher suffered a second heavy home defeat in a row as they lost 4-1 to Hollands & Blair in their SCEFL Premier Division clash at St Paul’s last weekend.

Ajay Ashanike’s side got off to an ideal start when Oneal Rowe gave them the lead in the eleventh minute.

But it quickly went downhill from there in front of 148 fans in Rotherhithe.

The visitors were back level through Connor Heffernan in the 22nd minute and just a minute later Callum McGeehan put his side in front.

Hollands made it 3-1 two minutes before half-time as Ben Brown fired in, before Ricky Freeman put the contest well out of the Fish’s reach with a goal in the 65th minute.

Fisher are fifteenth in the table with eighteen points from eighteen games.

They are at St Paul’s again this Saturday for the visit of Erith Town. Kick-off is 3pm.