Fisher delivered in front of a large home attendance 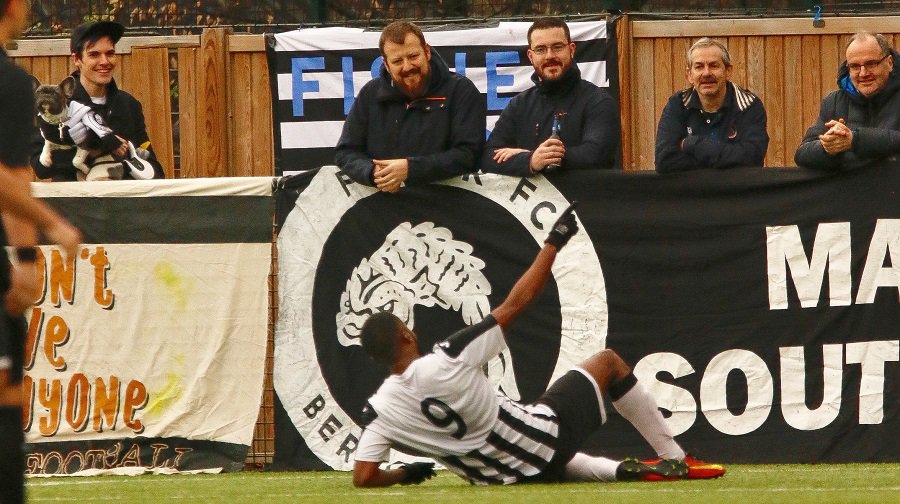 FISHER BOUNCED back from their Kent County Trophy defeat the previous weekend to defeat Rusthall 3-0 at St Paul’s on Saturday.

Tunde Aderonmu gave Dean Harrison’s side a 36th-minute lead that the hosts took into the break.

Trey Small doubled the advantage ten minutes into the second half and got his second in the last minute.

There was an attendance of 153 in Rotherhithe, the second-highest in the SCEFL Premier Division at the weekend.

Fisher stay second in the table, three points off Corinthian.

Southwark NewsSportFisher keep the pressure on Corinthian after Rusthall victory