Ajay Ashanike is unbeaten since taking over as the Fish boss 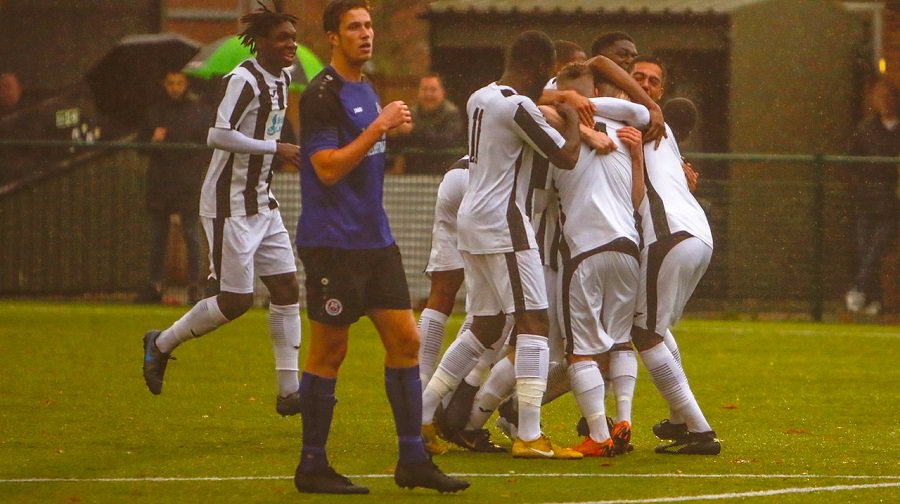 Ashanike took over from Allen Fenn at the end of September and began his reign with a 0-0 draw at then table-toppers Chatham Town.

The Fish went five more games without defeat during the month, only conceding two goals in six fixtures.

The Rotherhithe club also advanced to the second round in both the FA Vase and Kent Senior Trophy.

A hardy 27 Fisher fans travelled to Glebe this week and saw their side fall behind when Chris Edwards fired in a free-kick off the crossbar from 25 yards. Fisher appeared to be heading for a first defeat under Ashanike, before Greg Akpele scored an equaliser in the 89th minute.

At the other end of the pitch there was a notable milestone as goalkeeper Dan West became the 400th Fisher player to make his debut since the club reformed in 2009.

Fisher still have a lot to do to climb the table, as they sit sixteenth with eleven points from thirteen games.

“What a month we had at Fisher,” Ashanike said. “The boys are working really hard and fighting for each other. Thank you to all the fans who made the trip in this cold night.”