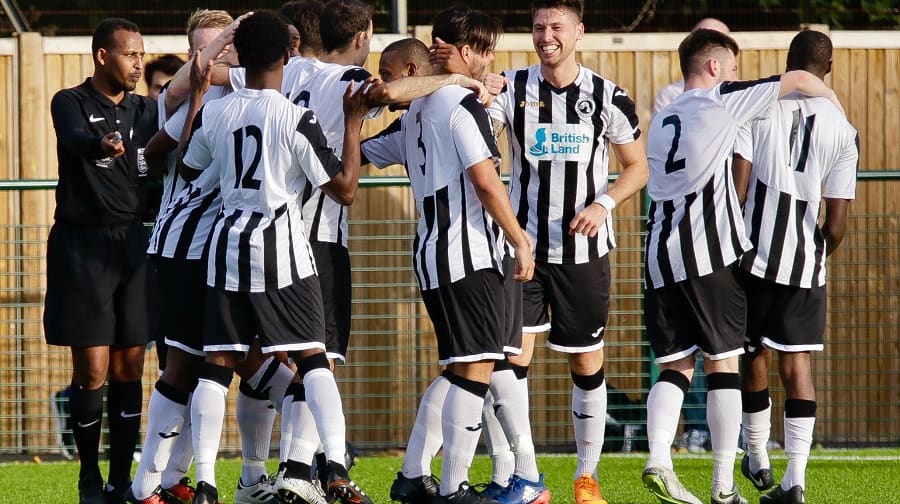 Fisher's spirit and unity is obvious to see this season

FISHER SHOWED they still aren’t feeling the pressure of being top of the SCEFL Premier Division table as they defeated Bearsted 3-2 at St Paul’s on Saturday afternoon.

Dean Harrison’s side went into the game tied on 47 points with Corinthian with a better goal difference, but went behind in Rotherhithe when David Baranowski fired home a rebound in nineteenth minute.

The hosts piled on the pressure in search of an equaliser but were frustrated until a minute before half-time when Tunde Aderonmu ran onto Andrew Mott’s ball and was fouled in the box. The ever-dependable Richie Hamill stepped up to fire into the top corner from twelve yards.

Fisher continued to put the pressure on the away goal and finally went in front in the 66th minute when Trey Small brilliantly curled home from 20 yards.

Two minutes from time it was three, Mathieu Ramsamy finishing off a sweeping counter-attacking move.

The visitors pulled one back in the fifth minute of injury-time, but it wasn’t enough to spoil the party for the majority of the 184 home crowd.

Corinthian also won on Saturday, while Beckenham are a point further back.

The Fish host Beckenham in the Kent Senior Trophy quarter-final next Saturday at St Paul’s. Kick-off is 3pm.