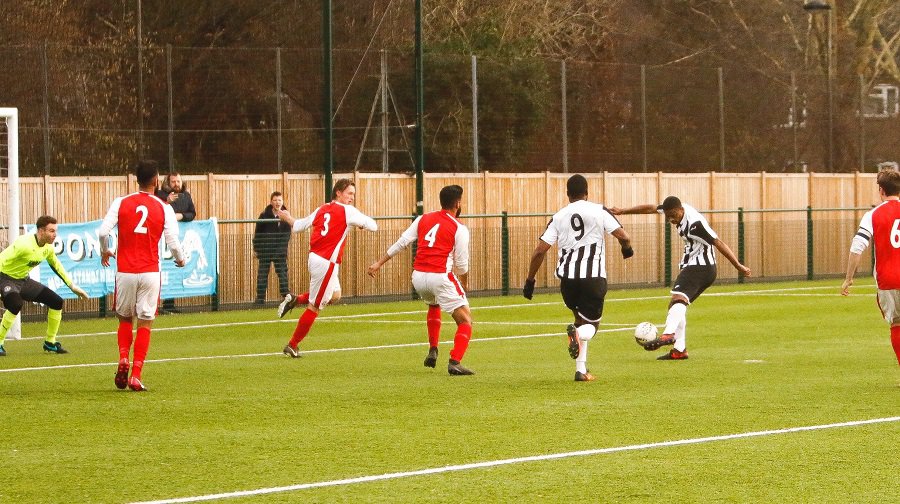 FISHER PUT on a show for their fans at St Paul’s on Saturday with a thumping 4-1 win over Punjab United that keeps them level on points with Corinthian and seven clear of third-place Cray Valley.

Dean Harrison’s side improved their goal difference with an impressive display against the side that they finished fourteen points behind as both won promotion from the SCEFL First Division last season.

Rampant Fisher were 3-0 up by the 26th minute in Rotherhithe after goals from Trey Small, Andy Mott and Rob Brown.

Laurent Hamici gave the visitors some hope with a penalty four minutes before half-time, but that was extinguished with eighteen minutes left when Mathieu Ramsamy added Fisher’s fourth.

Fisher have a plus-three goal advantage over Corinthian, who hammered Croydon 6-0 this weekend.

The Fish host Cray Valley at St Paul’s next Saturday.