Fisher up and running with Croydon victory

Fisher got their first win back in the SCEFL Premier Division. 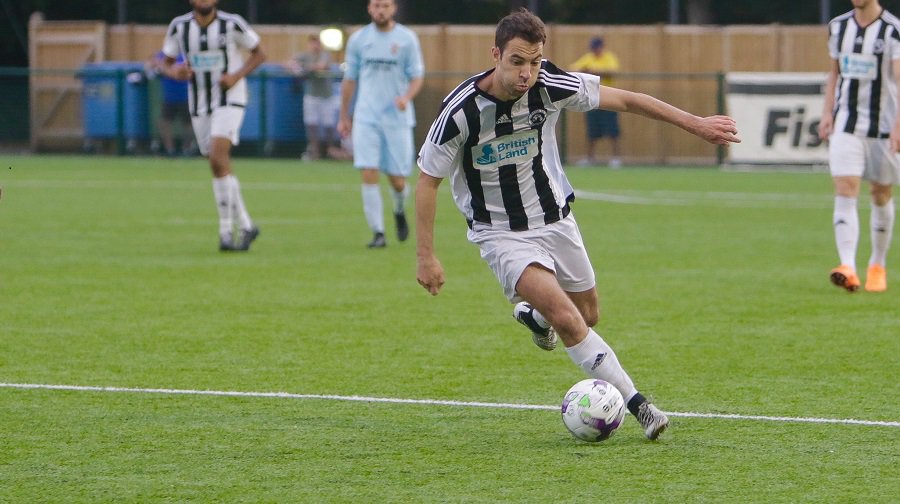 FISHER HAVE got their first win in their second game back in the SCEFL Premier Division after overcoming Croydon 2-1 at St Paul’s on Tuesday night.

After slipping to a 1-0 loss at Hollands & Blair on the opening day last Saturday, Dean Harrison’s side fell behind in the 20th minute in Rotherhithe when Croydon’s Anh War Tran-West fired home brilliantly from a direct free-kick 22 yards out.

Fisher were handed a boost on the stroke off half-time when Croydon defender Jordan Eels was sent off for a second bookable offence.

And 12 minutes into the second half Fisher were level after Croydon goalkeeper Max Ovenden cleared straight to Jamie Brown, who finished with precision into the bottom corner.

Seven minutes later, Fisher went in front through Rob Brown in front of an attendance of 103 in Rotherhithe.

The result moved Fisher up to 11th in the early standings, ahead of their clash with Horsham YMCA at St Paul’s on Saturday. Kick-off is 3pm.

Southwark NewsSportFisher up and running with Croydon victory