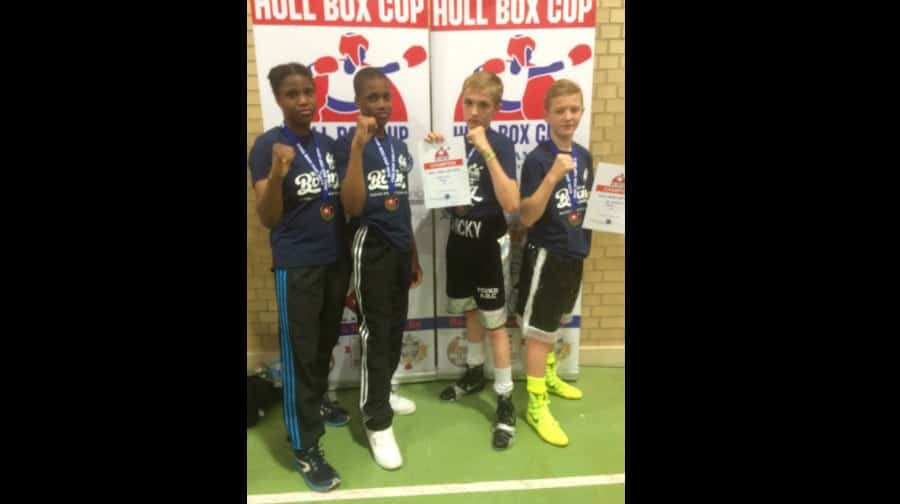 Coaches Ray Bull and Steve Gander, along with welfare officer Tony Hickey, took ten boxers to the tournament and out of the eight that saw action a quintet came out on top in their weight category.

In their finals “Mo” Amery beat Jack Young From Hull Boxing Club (BC), Prince Dubois defeated Harrison Abbot from Kingston (Hull) BC, Hvid overcame Kellan Woods from Highfields BC, Cheeseman prevailed against Aaron Stevenson from Hartlepool BC and Caroline Dubois won against Eimear McKee from the Ulster boxing team.

There was more good news for the Bermondsey outfit when it was announced the boxing club had picked up another team and individual award.

Coach Steve Gander told the News: “Following the weekend I have been told that Fisher won best club at the competition, and Joe Cheeseman won best schools boxer. Not bad for our first time in the tournament.”

He added: “A special mention should be made of Arron Hickey. I’m very surprised his contest wasn’t judged the bout of the tournament.

“Caroline should really have got the best female award but that wouldn’t have left much for everyone else.”

The other boxers who travelled to Humberside were Martin McDonagh, Sacha Hickey, Oliver Gander and Bernie McDonagh.

The Hull Box Cup attracted over 280 boxers from more than 70 clubs in England, Scotland and Ireland and is a three day event for junior and schools fighters.