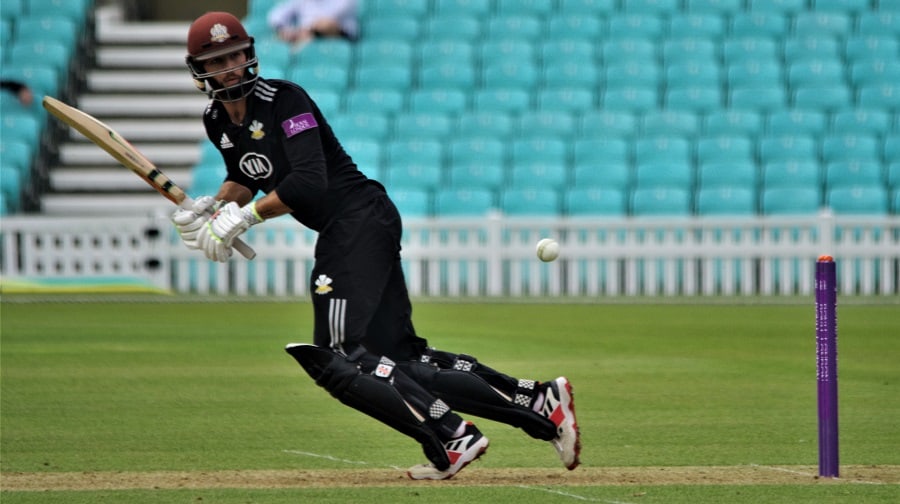 Ben Foakes reflected on the “very good experience” of captaining Surrey for the first time in a caretaker role during the weather-hit draw against Yorkshire at Guildford, but admitted he and the county’s players were looking forward to spending this week off for rest and recuperation after a tough start to the season.

Wicketkeeper-batsman Foakes underlined his continuing form with the bat, hitting a classy 62 in Surrey’s only innings at Woodbridge Road.

That followed half-centuries, one of them unbeaten, in Surrey’s previous two Specsavers County Championship fixtures against Somerset and Warwickshire – games that ended in defeat. The champions, indeed, are still winless after six matches in this year’s competition.

“I think it is a good thing that we are all getting a bit of a rest now,” said Foakes. “I’m sure some of us will try to get a few days away [this] week and hopefully some of our injured players will also be ready to come back when we resume the Championship [against Warwickshire this Sunday].

“We will be looking very much to start again and put some wins together. It’s initially just a question of trying to play some good cricket and concentrating on the game in hand, but it’s easy to get on a roll like Somerset have done in recent weeks.”

Batsman Scott Borthwick added: “There’s still a lot of four-day cricket to be played this season. We have eight matches to go, and four in this next month before the break for the Vitality T20 Blast.

“Win a couple of games and things will look a lot different and we can start to put some pressure on the sides at the top end of the table. What with all the bad weather, and some tricky pitches, in many ways it doesn’t feel as if the summer has really started yet.”

Foakes was delighted with the effort his injury-hit team had put in against Yorkshire, after taking over the captaincy following the late withdrawal of Rory Burns with a stiff back.

Burns’ non-participation was purely precautionary but his absence took the list of players either still injured, working their way back to full match fitness or unavailable on England World Cup duty into double figures.

Surrey, in particular, will hope Burns, Sam Curran, Amar Virdi and Conor McKerr will all be raring to go when they host Warwickshire at the Kia Oval on June 23-26 before travelling up to Scarborough for the re-match with Yorkshire a week later.

Curran and McKerr have missed the past two championship games with hamstring and heel complaints, while off spinner Virdi has yet to play for Surrey this season following a side injury but has been bowling in Second XI and club cricket.

Foakes said: “I thought we batted very well in the conditions to get to 313 in our first innings against a good Yorkshire attack and Jamie Smith’s 56 on his Championship debut also underlined what everyone at the club already knows, which is that he’s a big talent.”

Foakes also praised his quicker bowlers, led by Morne Morkel, who sliced through Yorkshire’s batting on the final morning to reduce them from an overnight 58 for one to 148 all out. That enabled Foakes to enforce the follow-on, with Yorkshire 165 runs behind and with 38 overs still left in the game, despite afternoon rain.

But yet more bad weather brought a premature end to proceedings with Yorkshire 30 for no wicket after 13.3 overs.

A total of 56.3 overs were lost to rain and bad light on the last day and almost seven sessions during the entire match.

“Jordan Clark, in his first Championship game for us, also showed by taking two wickets in two balls that he is a natural wicket-taker,” Foakes added.

“As for the captaincy, it was a very good experience and I enjoyed it even though it is something I haven’t done since I was about eleven years old! Keeping and captaining is certainly a bit different.”