Where in Southwark can I try out all those great events from the Olympic Games? Look no further… 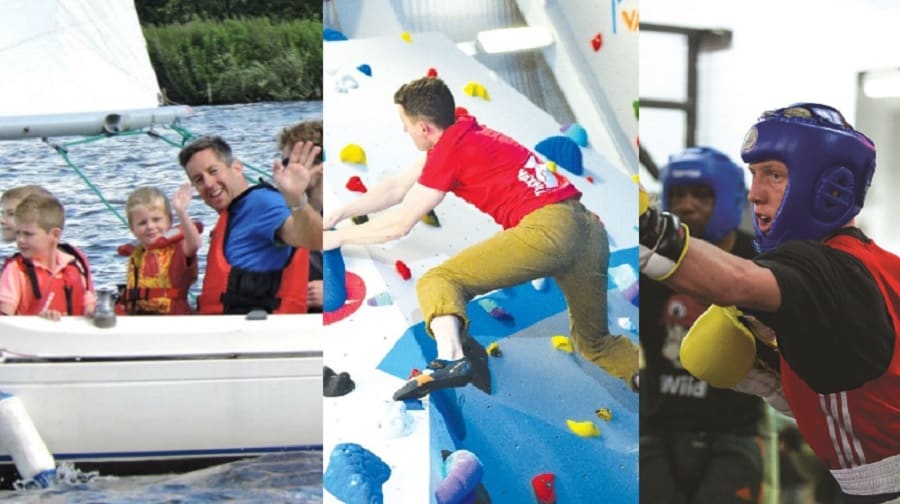 As the Rio 2016 Olympics have drawn to a close, and the Paralympics get underway, sports fans will be looking to emulate their gold medal-winning heroes. Here Faith Ajagbe takes a look where you can go to train for Olympic stardom.

Amongst the many successes, the GB team bagged a handful of medals in sailing. With the likes of Hannah Wills and Saskia Clark winning gold it is clear that teamwork makes the dream work. Believe it or not, you can experience the thrill of free sailing, wind surfing, canoeing and kayaking locally, at Surrey Docks Watersports Centre.

The event was added to the games roster in 2012, and this year two Southwark lads narrowly missed out on qualifying for team GB’s BMXers.

But you can join in the fun at the ever-popular Peckham BMX Club located at the Olympic-standard track built by the council in Burgess Park, Albany Road.

Some of the programmes offered with this club include women’s only coaching, school holiday club and open riding for accredited riders.

Standing out among our successes in Rio were the record-breaking times set by Jason Kenny in the Kierin race, and his fiancée Laura Trott who led the women’s Team Pursuit to another. In all, we took home an incredible haul of six gold medals, four silvers and one bronze.

The Herne Hill Youth Cycling Club offers is a great club to join as races, mountain biking and rides to the countryside are some of the many activities that take place within the club. The 1948 Summer Olympics also took place at the Herne Hill velodrome because this track is a great for training and general practice.

Team GB fought their way to success winning a gold, silver and bronze medals in boxing during this year’s Olympics. The level of agility and strength exhibited during the games can be developed through local clubs such as Lynn AC Boxing Club in Burgess Park; Fisher Amateur Boxing Club in Riley Road; The Ring Boxing Club in Ewer Street; and Rooney’s Boxing Gym in Crucifix Lane.

With three medals in the bag, the GB taekwondo team fought their way to Olympic glory.

If you were inspired by this year’s display of Korean martial arts, there are several clubs that are offering training in taekwondo.

Focus Tae Kwon-Do club, based in Peckham Pulse, in Peckham Square, offers martial-arts and self-defence courses, and the opportunity to get fit. The club has even produced a three-time World Championships gold medallist, Katrina Todd, who triumphed in 2007, and in two events in 2008.

One of the new events that will muscle its way into the 2020 games in Tokyo is ‘Sport Climbing’, a variation of rock climbing that involves harness-free strategic movements across walls carefully-placed footholds.

The nearest centre for Southwark residents are the Arch Climbing Wall in Drummond Road Bermondsey – built inside the former Peek Freans biscuit factory warehouse – where you can try the nearest equivalent, bouldering.

Outside the borough there is also the Vauxhall Climbing Centre in South Lambeth Road.

Visit www.archclimbingwall.com for more information on the Arch club in Southwark, or www.vauxwallclimbing.co.uk to find out what’s on offer in Lambeth.

Southwark NewsSportWhere in Southwark can I try out all those great events from the Olympic Games? Look no further…