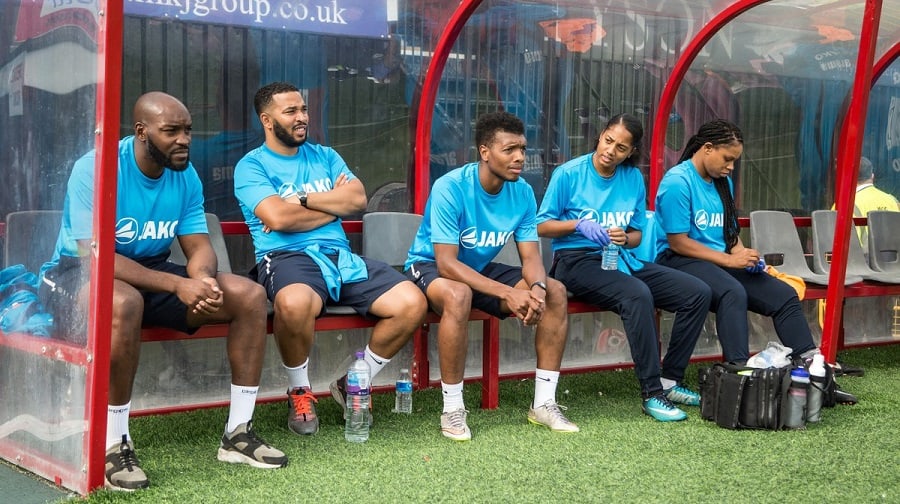 GAVIN ROSE said his team “rose to the challenge” to thrillingly defeat league leaders Woking last weekend – and revealed some of his squad are playing for free.

However, the visitors showed admirable courage to push for a winner, and got it thirteen minutes from time through Iffy Allen’s stunning solo goal.

“It was a really good performance at an intimidating ground against a very good team,” Rose told the News. “They’ve proven themselves to be the strongest team in the league. We rose to the challenge really well and got our just desserts.

“We’ve had some of the senior players who haven’t put a marker down in the dressing room, so they’re sat on the bench. It’s made a few people wake up and realise that no one’s going to coast along here. Those who coast won’t do well here. So there’s been a change of attitude.

“I think Sanchez Ming stood out. It’s a very difficult job to mark Nick Wheeler but he was excellent and he started to grow in attack as the game went on. Iffy Allen did well too – coming on and scoring as well as driving us forward as the game went on.”

Hamlet play Tonbridge Angels in the second qualifying round of the FA Cup at Mitcham this Saturday.

Rose added: “The main focus is Tonbridge, we know they’re a good team, they’re top of the Ryman League. We know the way they play and we know it’ll be very tough. Our aim is to go to the next game and go from there.

“We have a few players playing for free at the moment. I think we’ve got enough in-house at the moment. I expect a few to leave the club as well. Once that’s done, we’ll take stock then we’ll think about further recruitment from there on in.”