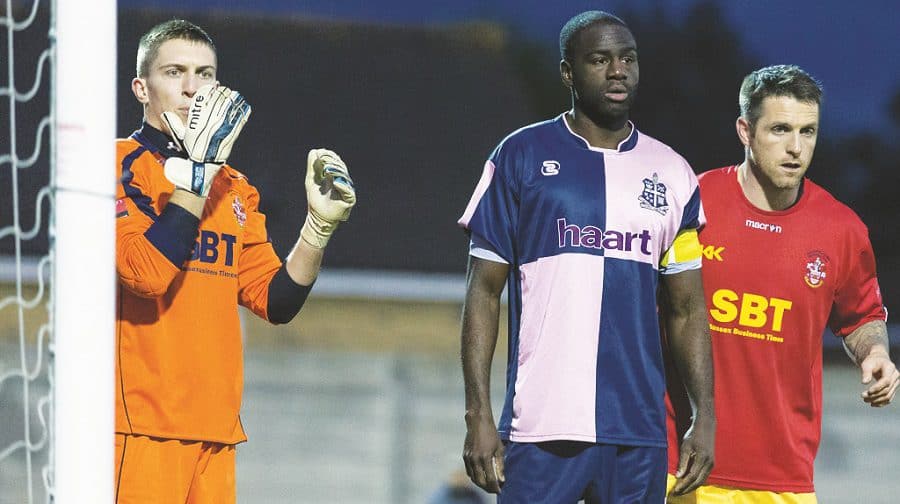 Dulwich Hamlet will face Carshalton Athletic in their upcoming pre-season, meaning they will come face to face with a side managed by former skipper Peter Adeniyi.

Adeniyi led the Pink and Blues side that won the Ryman League South title in 2013, playing an integral part in Hamlet’s first league title in 35 years.

In the close season Adeniyi was appointed as boss of Carshalton, who play in the Ryman League South, and they will take on Dulwich on August 2 at the War Memorial Ground at Colston Avenue, kick off time to be confirmed.

Hamlet’s game against Beckenham Town next Thursday will now not take place as the Kent side will be playing Crystal Palace next Friday.