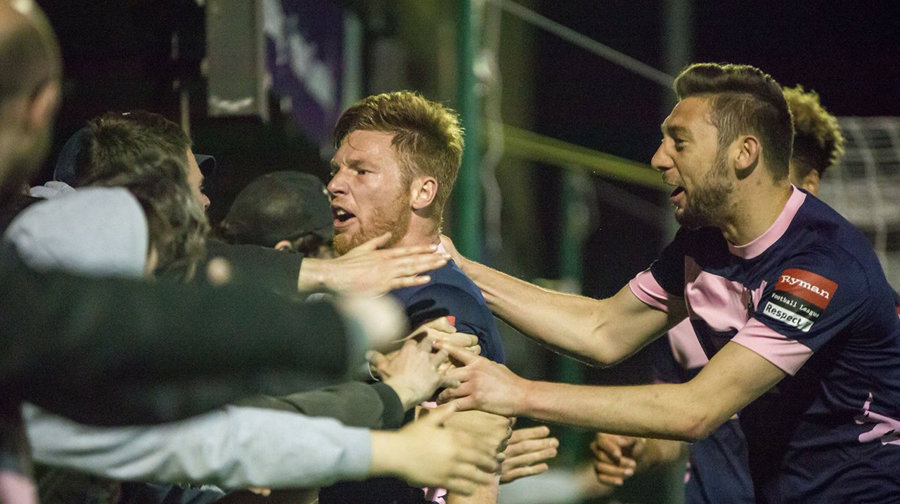 DULWICH HAMLET have teamed up with image licencing company Picfair to allow fans to vote for the style of home jersey for next season.

Picfair is sponsoring the Ryman League Premier Division side’s kit for the 2017-18 season.

“There’s also a feeling of kinship for us as the club has achieved something that we’re trying to do at Picfair.

“They’re small, they’re in the seventh tier of English football, but their fans amplify them way beyond what you might expect of a club of their size. “They get disproportionate attention because of what they’re doing and how they’re doing it. “It struck a chord with us. At Picfair we too try to do things differently and that makes us stand out from the likes of [image licencing companies such as] Getty and Shutterstock.

“In the same way Dulwich Hamlet places the fans at the heart of everything they do, we work tirelessly to make things better for our photographers.” Shoreditch-based company Picfair offers amateur and professional photographers the chance to upload their photos and set the price. It claims to take out the middlemen and, according to their website, connect “buyers and sellers directly; rewarding creativity instead of exploiting it”. Club chairman Liam Hickey added: “Dulwich Hamlet is particularly pleased to be able to attract a young, hungry start-up business that is looking to change the way its industry is viewed and feels that Dulwich Hamlet and its fans are a great partnership that will achieve positive results for both of us.”

Meanwhile, on the pitch, Hamlet this week play their biggest game of the season. Gavin Rose’s side secured third place in the Premier League table after a double from Ibra Sekajja and Panutche Camara’s strike gave them a 3-0 win at Wingate & Finchley on Saturday.

Hamlet face Enfield Town at Champion Hill on Thursday, April 27 for a place in the Ryman League Premier Division play-off final the following Monday against either Bognor Regis Town or Wingate & Finchley. The winners of that will be promoted to the National League South, the sixth tier of English football. The fixture is not all-ticket but advance purchases can be made on www.seetickets.com.