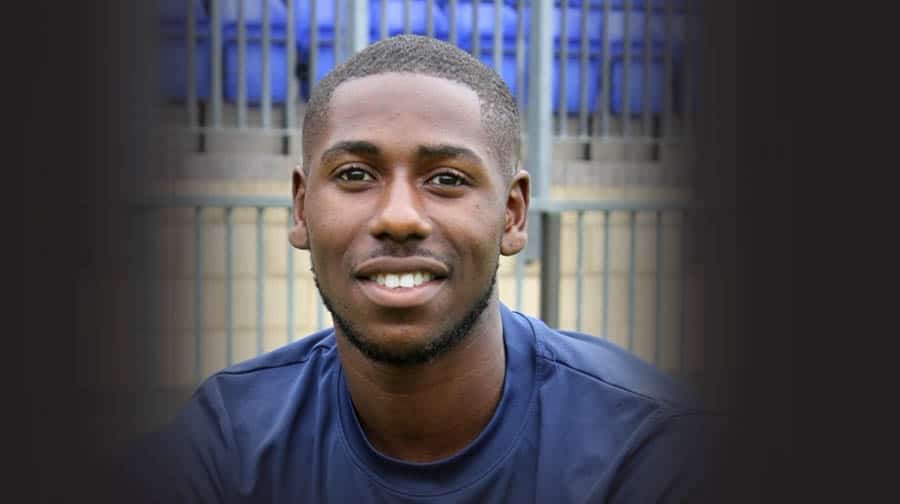 A late show from Daniel Carr prevented Dulwich Hamlet from exiting the FA Trophy at the First Round stage last weekend, as they drew 2-2 with Royston Town.

Royston, from the Evostik League Southern Division One Central, took a two-goal lead into the final 25 minutes, through strikes from John Frendo and Scott Bridges, but Nyren Clunis’ 65th minute goal reduced the arrears and set up a frantic finale.

With time ticking away, it looked as though a shock would be on the cards, but Carr levelled proceedings with just two minutes remaining to force a replay. Injuries had hit the Hamlet squad hard, forcing Gavin Rose into changes, with Kenny Beaney (head) and Dumebi Dumaka missing out.

The cup tie swung from end to end in a first half that ultimately finished goalless, but four goals were shared in the second, setting up Tuesday night’s replay.

Frendo exploited a period of indecision between Marc Weatherstone and Preston Edwards following a Royston cross into the box, nodding home to give the visitors the lead in the 56th minute. Just seven minutes later, Hamlet found themselves two behind, as Bridges curled a 25-yarder into the corner of Edwards’ goal, seemingly putting the game beyond the hosts’ reach.

However, little over two minutes had passed when Clunis fired a low effort past the Royston ‘keeper to half the deficit. Dulwich pushed for the equaliser, having penalty shouts turned down and chances going begging from Clunis, but with defeat on the horizon, Carr’s 25-yard effort beat the despairing dive of Welch in the Royston goal, levelling the scores.

Should Hamlet come through Tuesday night’s replay, they will travel to Weymouth or Whitehawk in the second round of the BuildBase FA Trophy.