Hamlet league misery goes on as they fail Oxford exam 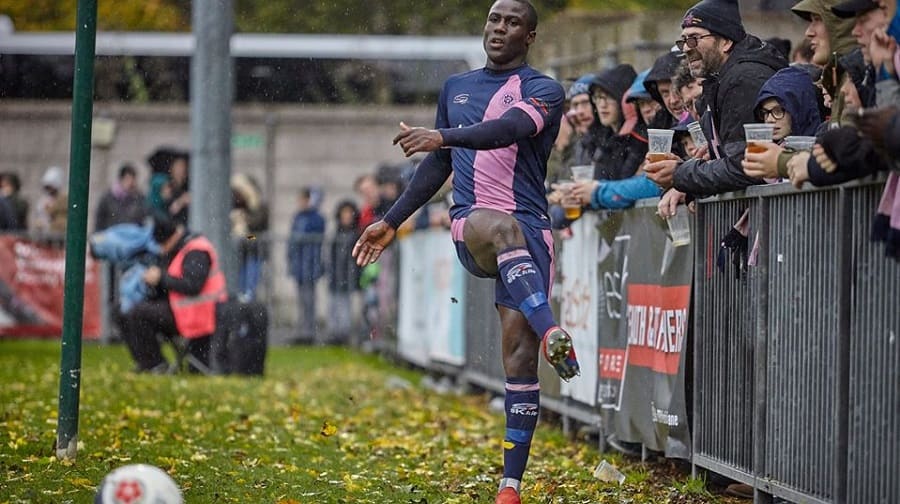 It is now twelve league games without a win as the spectre of a relegation battle hangs over Dulwich Hamlet in their second season in National League South after their latest defeat.

It seems a long time ago that the Hamlet began the league season with three consecutive league wins and it is just one victory in fourteen since then and none since August 24 after their 2-1 loss at Oxford City last weekend.

Gavin Rose’s side only had themselves to blame as they lost to two penalties. They hit the woodwork and had a goal ruled out and they are now just two points above the bottom two in nineteenth place.

Dulwich started well and Lionel Ainsworth sent in two early crosses that his team-mates just failed to connect with before he combined with Dominic Vose whose effort hit the bar.

The hosts had done little in an attacking sense until they were gifted a chance to open the scoring after Kyran Lofthouse had been fouled. Nana Owusu found the back of the net from twelve yards to give City an eighteenth-minute lead.

Dulwich regained their composure and levelled in the 36th minute when Vose found the far corner.

The home side were next to hit the woodwork as Zac McEachran beat Preston Edwards with a shot that smacked off the crossbar. Just before the break the Hamlet pressed for the lead and City goalkeeper Craig King denied Nyren Clunis and Ainsworth.

Early in the second half David Ijaha and Clunis saw efforts blocked before Dulwich were the authors of their own downfall again in the 55th minute as Richard Orlu was penalised for an apparent shove on Elliot Benyon. Owusu repeated his success from the spot.

King denied Danny Mills but otherwise the visitors were finding it difficult to create clear chances as Oxford looked comfortable.

Ben Dempsey and Ijaha tried to find a way through but Oxford had plenty of players back and then Christian Smith fired wide when he should have hit the target.

But Oxford, defending deep, saw out the game to condemn Dulwich to an eighth league defeat in eighteen games.

The Hamlet have one more chance before Christmas to win a league game at home when they host Dartford at Champion Hill this Saturday. Kick-off is 3pm against the sixteenth-placed side.