Hamlet out of play-off spots 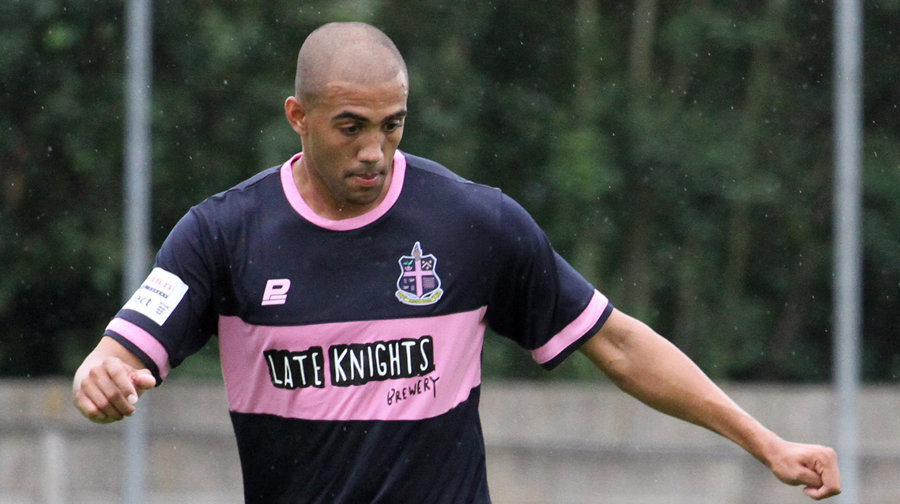 Dulwich Hamlet dropped out of the Ryman Premier Division play-off spots this week as their dismal run of league form continued with a defeat at Billericay last Saturday.

That 4-1 loss in Essex saw the home side leapfrog Dulwich in the table and Kingstonian’s 4-0 win on Monday night against Brentwood Town saw Hamlet slip to sixth in the league.

Their poor form in 2016 has seen the Champion Hill side slip from top spot at Christmas to sixth this week, a distant sixteen points behind leaders Hampton & Richmond after Monday’s games.

At the weekend Dulwich got off to the best possible start when Ashley Carew gave them a sixth minute lead, converting a penalty awarded after Ryan Moss was fouled in the box. But that lead only lasted seven minutes before Jordan Cox levelled things up.

By the time the half-time whistle was blown Hamlet were a goal behind thanks to a Glenn Poole spot kick.

The exit of the Pink and Blues midfielder Danny Waldren, after protesting the award of another penalty, proved decisive especially when Cox then netted from twelve yards.

The Billericay man bagged his hat-trick ten minutes later to round off the scoring for the day and put another nail in Hamlet’s promotion hopes. On Tuesday night Dulwich finally got back to winning ways, and moved back in the play-off spots, when they defeated Wingate and Finchley.

First half goals from Dean McDonald and Carew put Hamlet in the ascendency, and although Aron Pollock pulled a goal back for the visitors after the break Dulwich held on for three much needed points.

This Saturday Dulwich entertain Burgess Hill Town at Champion Hill in a Ryman Premier League encounter that kicks off at 3pm. Then next Tuesday Hamlet travel to local rivals Tooting and Mitcham for a London County Cup semi-final clash. That game starts at 7.45pm.

Southwark NewsSportHamlet out of play-off spots