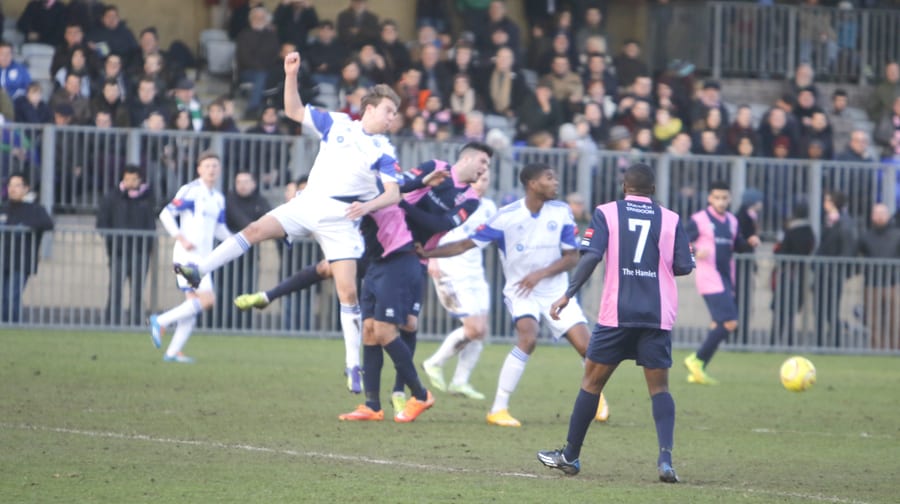 Dulwich Hamlet’s long delayed playoff fixture will take place tonight after the FA rejected an appeal against a points deduction from Enfield Town on Tuesday.

The Pink and Blues away day contest against Margate was due to take place a fortnight ago but that was delayed after Enfield were deducted three points for fielding an ineligible player earlier this season.

The north London outfit appealed the decision, claiming that they had settled the issue with the FA when it occurred in January, and finally this week they discovered they had failed to overturn the verdict.

The point’s deduction means that Enfield will sit out the playoffs and Met Police will take their place. They will take on Hendon in the other semi-final with the winner of that taking on the victor of Hamlet’s fixture. A statement from the Ryman League said: “The Ryman League’s Premier Division play-offs will kick off on Thursday night after the Football Association (FA) dismissed Enfield Town’s appeal on Tuesday. “As a result, Thursday’s semi-finals will see Hendon host the Metropolitan Police with Margate at home to Dulwich Hamlet.”

It remains to be seen what teams all four semi-finalists will field as some players will have already gone on holiday, assuming the season will have been well finished by this week. Dulwich Hamlet Supporters’ Trust have also written an open letter to the FA exploring the issue of compensation for fans who lost out after the Margate game was postponed at late notice two weeks ago, after it was initially indicated it would go ahead. On their website the trust stated they are still exploring the issue after receiving a response from the FA to their open letter.

Should Margate come through tonight’s game in Kent, a one legged semi-final which kicks off at 7.45pm, they will contest the playoff final on Sunday at 3pm. Should Hendon come through the other semi-final they will host the final, as they finished in a higher league position than Hamlet, but should Met Police prevail the final will take place at Champion Hill.