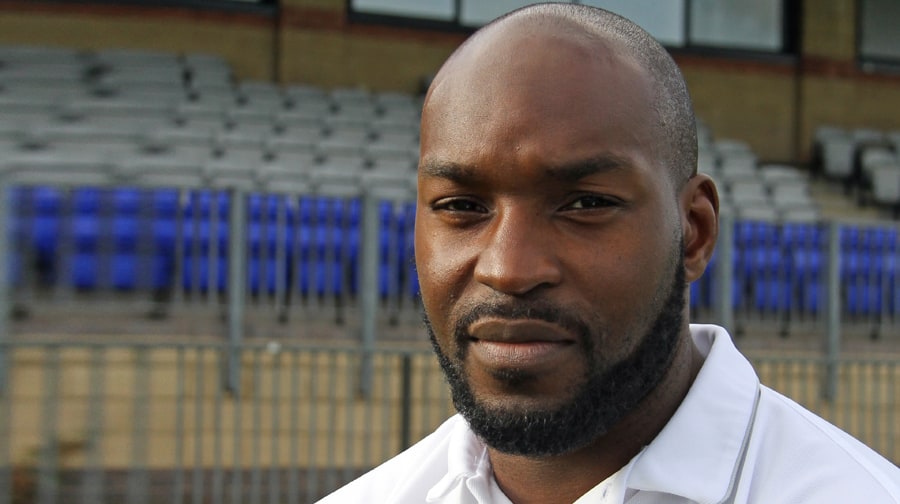 Hamlet players should be able to play with the shackles off this weekend, according to manager Gavin Rose, when they take on Guiseley AFC in the FA Trophy on Saturday.

The Pink and Blues will be in the unusual position of underdogs this weekend with the Yorkshire side considered the big hitters due to their lofty league position. Guiseley operate in the Vanarama National League, one promotion from League Two and the fully professional leagues, which is two steps above Hamlet in the non-league game.

The Leeds based club are currently in the lower reaches of the top tier of the semi-professional game and the second round contest is easily Hamlet’s toughest fixture in the competition this campaign.

Nevertheless, Rose believes his team have a good shot at winning. He said: “It’s a one off game. We won’t be treating it as a game to measure how good we are [against higher level opposition] and as we are at home we will be looking to win the game.

“In many ways this could be a good game for the boys as they have nothing to lose really and that can take the pressure off mentally so they can work hard and express themselves.” Hamlet’s Jordan Brown and Osei Sankofa are back in training this week and Rose expects to have close to a full squad to pick from for the weekend game.

Dulwich will also be in action next Wednesday night when they travel to Lewes for a league encounter.

The Sussex club are currently bottom of the Ryman Premier League and Hamlet will consider this contest a must win game in a season where the title race looks set to be a tightly run affair. NEXT GAMES: FA Trophy – Guiseley AFC (H) Sat Jan 16 @ 3pm; Ryman Premier League – Lewes (A) Wed Jan 20 @ 7.45pm