Hamlet slump to play off defeat 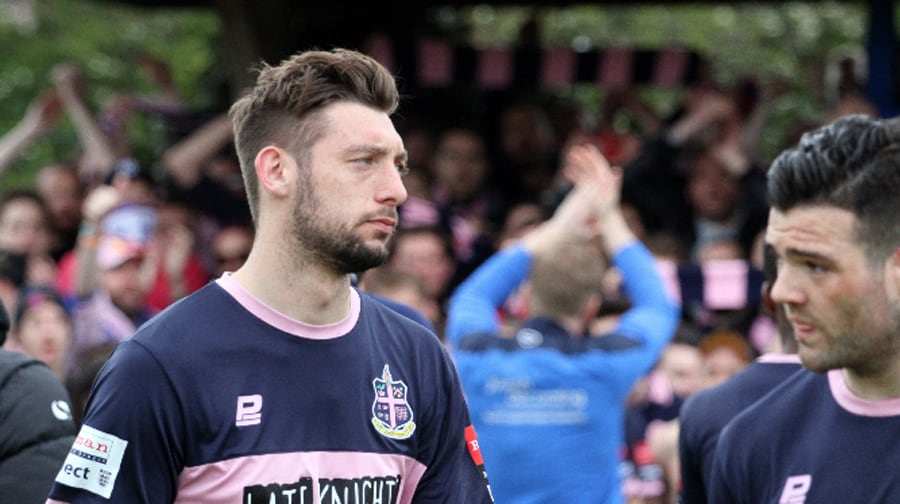 A dismal display from Dulwich saw then slump to a 3-1 play off final defeat against East Thurrock United on Bank Holiday Monday.

Conditions, a bobbly pitch and a gusty wind, played a part in so much as the home side dealt with them whilst the Champion Hill team seemed at a loss at how to get going at all. By the time there was 35 minutes on the clock Dulwich were three goals behind, all coming courtesy of an inability to defend inswinging corners.

The first goal came after eleven minutes when a George Craddock delivery caused havoc in the visiting defence and found it’s way into the net.

Two subsequent set pieces were then bundled in by centre half Rickie Hayles leaving Hamlet with a mountain to climb they never looked likely to scale. They briefly stirred two minutes after going three goals behind when Roman Michael-Percil was deemed to have been fouled in the box resulting in a Dulwich penalty.

Ashley Carew had his spot kick saved by home stopper Lucas Lidakevicius but Jordan Hibbert saved Carew’s blushes by expertly volleying in the rebound off the keeper.

Hamlet then upped the pace of the game and troubled the home defence and should have had a second penalty when Nyren Clunis was clearly fouled in the box.

That penalty didn’t come and neither did a second half onslaught from the visitors as Thurrock held them at arms length to secure promotion.

Few could argue the best team had won on the day and a victory would have papered over cracks in Hamlet’s season, where a slump in form since Christmas has seen them go from title challengers to sneaking into the play offs.

Manager Gavin Rose and his staff have achieved much since taking over at the club, so much so that expectations are now high amongst many of the Champion Hill faithful. Therefore most will consider this season to be a disappointment, despite coming within a game of promotion, when looked at as a whole.

But Hamlet, with a post season squad shake up, should be once again be contenders for promotion next campaign and that is something for the fans to hold onto during the summer months.