Tough away draw in the Cup following last weeks first defeat of the season. 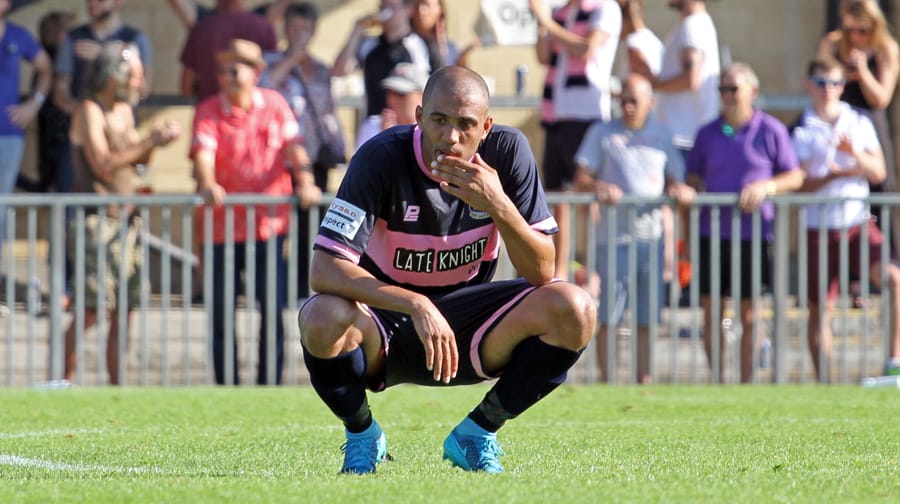 Dulwich Hamlet will kick off their FA Cup journey with an away game against Hampton & Richmond Borough on Saturday September 12.

The Pink and Blues could have drawn a more unfamiliar foe but instead their first obstacle in the competition will be a fellow Ryman Premier League club.

Last Saturday Dulwich tasted defeat for the first time this season when they lost 2-1 to Staines Town at Champion Hill. Pat Cox opened the scoring for the visitors on 16 minutes when he converted a spot kick, however minutes later Ashley Carew had his own chance to level with a penalty only to spurn the golden chance.

But parity was restored just before the break when Ethan Pinnock stepped up to score for Dulwich. Dulwich were better after the restart but it was Cox who scored the decisive goal, on 56 minutes, which enabled the visitors to grab all three points. This weekend Dulwich are at home again when Grays Athletic come to Southwark, a game that gets underway at 3pm.

On Bank Holiday Monday Hamlet are on their travels when they take on Kingstonian, another game that has an afternoon start of 3pm. Hamlet were also in action last night, a game that finished after the News went to press, against Leatherhead. To find out that result, and the latest news about the club, visit www.pitchero.com/clubs/dulwichhamlet or go to @DulwichHamletFC on twitter.