Harinath doubles up in losing effort 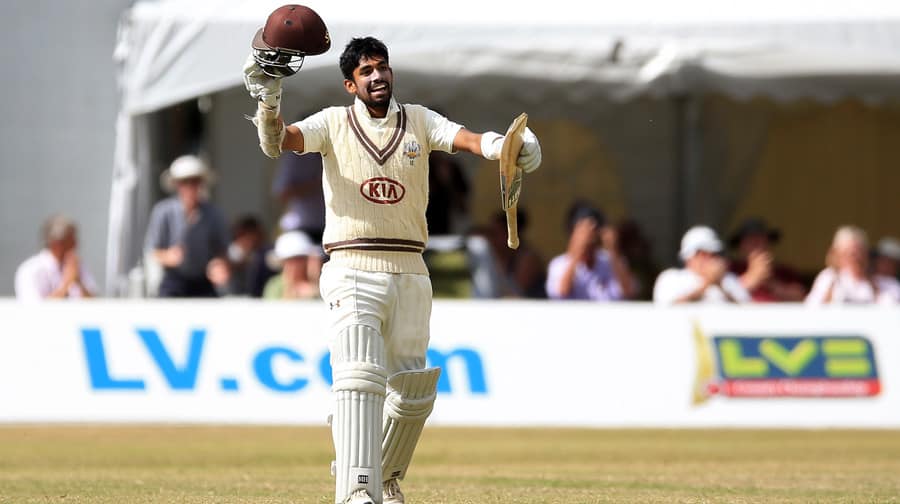 Surrey's Arun Harinath celebrates after reaching 100 not out against Glamorgan, his second century of the match.

Surrey opener Arun Harinath bagged two centuries in one game but it was not enough to prevent the Kennington side losing their first County Championship game of the season.

The 28-year-old scored 120 first time out against Glamorgan at Guildford and 104 when Surrey were asked to bat again, but he still ended on the losing side. This was largely down to Graham Wagg from the Welsh side who scored a double century and picked up six wickets in an impressive all round display.

With the exception of Gary Wilson nobody gave Harinath support in Surrey’s second innings which led to a total of 277, and Glamorgan eased to a seven wicket win on the final day of the game. Wilson also top scored in Surrey’s T20 outing against Kent last Friday but again the Kia Oval outfit failed to do enough for a win in the shortest form of the game.

Playing at home Surrey’s attack limited Kent to a total of 231, with Darren Stevens top scoring with an impressive 90 off 39 balls, but the total proved too much for the Kennington team to chase down. Tom Curran opened the batting and scored a respectable 41 off 22 balls but only him, Wilson and Zafar Ansari got scores of note as the home side fell short of victory by 54 runs.

The result leaves Surrey rooted to the bottom of the south group in the competition with only one win from seven outings. Surrey have signed South African opener Dean Elgar on a ten-day contract in order to fill holes in the squad after international commitments and injury. Elgar made his debut in the County Championship contest against Derbyshire that got underway on Sunday. Surrey won that contest within three days, by a margin of 222 runs, with Gareth Batty, who picked up four wickets for 32 runs, helping to skittle out the home side second time around for just 125 runs.