“My old club, won the League there in 2010 as assistant manager, number two there, so that will be interesting,” Harrison 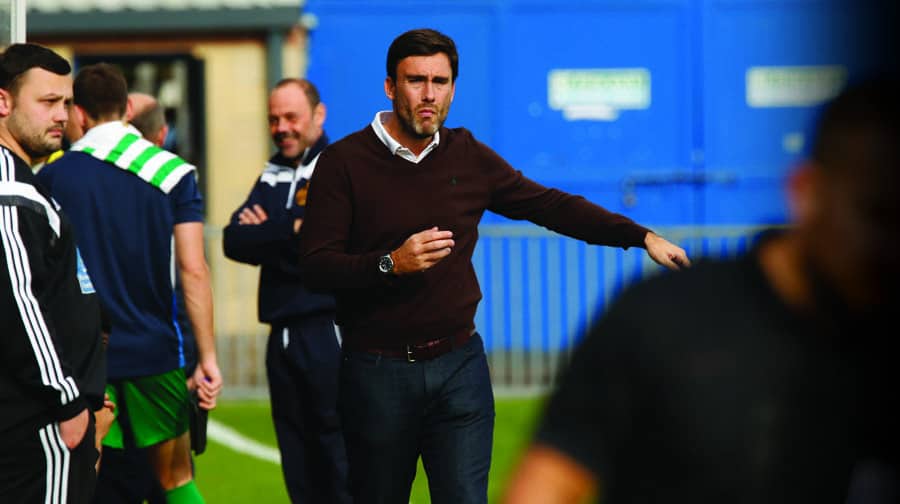 DEAN HARRISON takes Fisher to his old club Stansfeld this Saturday and he has reiterated that promotion is the objective this season.

Fisher were relegated to the SCEFL First Division last season and failed to win any of their opening three games of this campaign before a 2-0 victory over Stansfeld got them up and running.

The Rotherhithe outfit have hit some good form recently, and hammered Lydd Town 9-1 in their last league game.

They are currently fourth in the table. Harrison’s side have won four successive games, including 1-0 last weekend against Corinthian Casuals in the second round of the London Senior Cup. Harrison wants his side to keep up the promotion push at Foxbury Avenue this weekend.

“My old club, won the League there in 2010 as assistant manager, number two there, so that will be interesting,” Harrison told Kentish Football.

“We know what they’re like as a club. That will be a good game I would imagine. It will be a battle, a big battle. We’re looking forward to it. We don’t fear anyone, we’re not afraid of anyone. “We want to go back up.

Fisher are a big club and we want to get promotion. It’s down to us, it’s down to the lads, down to everyone being into it together.

There’s a long way to go, so we’ve just got to keep chipping away. It’s a marathon not a sprint and teams at the top have got to have patches sometimes where they drop some points.”