Harwood and Lodwick get Dulwich over the line at Farnham 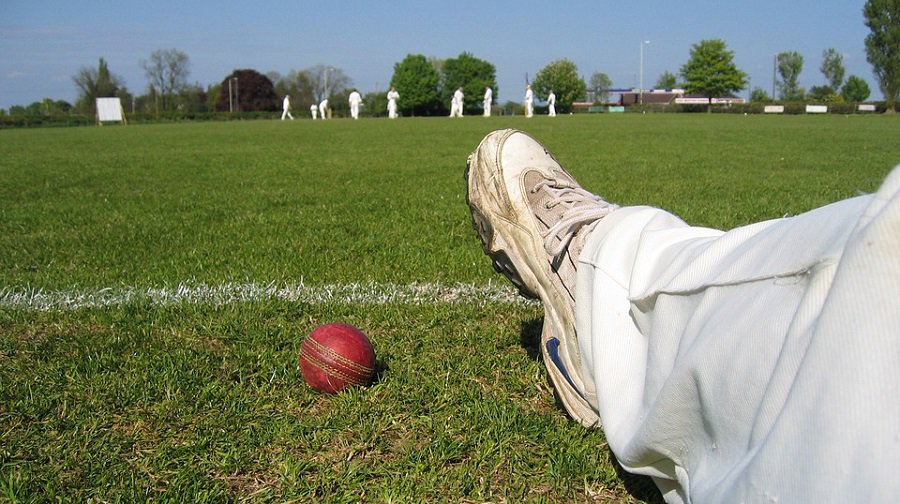 A depleted Dulwich side won a tense low-scoring match in Division 2 of the AJ Fordham Surrey Championship, emerging victorious by three wickets at home to Farnham last weekend.

Dulwich invited their visitors to bat on a true but slow pitch on which run scoring was not easy. Jon Lodwick got them off to the ideal start with a wicket in his third over and two in his fourth. A wicket for fellow opener Simon Harwood and another for Lodwick had Farnham reeling on 23-5 after 17 overs. Lodwick completed his spell with the excellent figures of 10-5-11-4, while Harwood gave him good support with 1-15 off seven. Ciaran Rooney led the fightback with a fighting 43, being well supported by Russell Golding in a stand of 47 in twelve overs for the sixth wicket. By now left arm spinners Ben Swanson and Alex Gledhill had taken over the attack, and Gledhill was the first to strike, bowling Golding for 9.

Swanson had Rooney stumped as the first of two wickets in an over, and Gledhill also claimed a second as Farnham collapsed in eight overs from 70-5 to 80-9. Swanson completed his 14 over spell with figures of 2-30, while Gledhill took 2-22 off ten. The last wicket pair added eight, and Lodwick returned to try and split the partnership, but it was Salaar Waqar who finished off the innings with only his second ball. Rooney scored almost half of his side’s total, and was the only man to make double figures as Farnham were dismissed for just 88 off 43.2 overs.

The Dulwich batsmen found scoring just as difficult against tight bowling by Rob Goldsworthy and Dominic Lloyd. Alex Leyshon played on, skipper Ed Stolle was caught in the slips, Matt Marfani was bowled, Ed Towner was lbw and Waqar caught in the gully. Dulwich had collapsed in 15 overs to an identical score of 23-5, with Goldsworthy bowling 13 overs straight through to take 3-19, while Lloyd had 2-21 off ten. Keeper Robbie Catling (with 18) and George Pearson (15) resisted with a stand of 35 in 14 overs for the sixth wicket before they were both bowled by Nathan Thorpe in the same over.

Harwood thus joined Lodwick with the score on 59-7 and 30 runs still required. The pair advanced mainly in ones and twos before Harwood eased the pressure with a six to take the score to 86, and Lodwick rounded off the victory with a boundary two overs later. Lodwick, who has not yet been dismissed in the league this season, completed a fine all round performance with 18, while Harwood finished with 15. Remarkably the innings had taken 43.2 overs, an identical figure to the Farnham innings.

This victory lifts Dulwich two places to fourth in the table. This weekend they travel to Worcester Park, who are currently seventh.

Southwark NewsSportHarwood and Lodwick get Dulwich over the line at Farnham