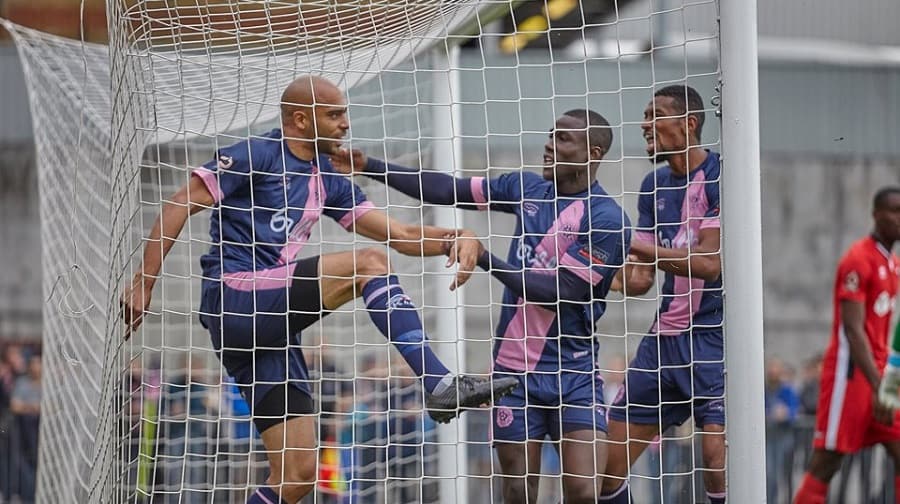 Dulwich Hamlet will play Havant and Waterlooville in the fourth qualifying round of the FA Cup after their 3-0 win over Eastbourne Borough at Champion Hill last weekend.

Richard Orlu’s first-half goal and two penalties from Ade Yusuff sent the Hamlet through this round for the first time since the 2000-01 season.

The final score was more comfortable than it looked as Gavin Rose’s side survived an effort that hit the woodwork and the hosts also twice cleared off their own line in front of a crowd of 1,834.

Dulwich goalkeeper Charlie Grainger, though, was rarely called into action as he kept a clean sheet against their National League South rivals.

Rose’s side went in front with their first real attack in the eighth minute. Jack Connors was fouled and sent a free-kick into the penalty area where Orlu scrambled home from a yard out.

The home side had a chance to double the lead in the nineteenth minute when Christian Smith played a pass through to Yusuff who set up Nyren Clunis, but his effort went over.

Marvin McCoy’s long throw-in found Connors but his shot was saved low to his left by goalkeeper Jack Hadler.

Clunis had another chance to score half an hour in. Yusuff crossed low into the area but Clunis, from six yards out, clipped his shot over the crossbar.

That almost immediately came back to haunt Dulwich as just three minutes later Elliott Romain ran from deep in his own half before he shot just wide of Grainger’s post.

Yusuff and Clunis then combined again but the latter’s effort was off-target.

The visitors upped the ante after the break and ten minutes in Grainger was beaten but Connors was in the right place to clear off the line and preserve his side’s slender lead.

Rose’s side were organised as Borough pressed and Grainger in goal was well-protected.

The Hamlet went two goals up in the 68th minute after Ben Chapman was fouled in the box. Yusuff sent Hadler the wrong way from the spot.

Danny Mills almost got in on the scoring act but sent a header over from the busy Connors’ cross.

Quade Taylor was next to clear off the line for Dulwich after an Eastbourne effort had come off the bar, before the hosts sealed their passage through in added-time.

This time it was Connor Hunte who was fouled, and Yusuff was again successful from twelve yards.

Meanwhile, Havant also won 3-0 against Hadley to book their place in the final qualifying round. The game will be played at 3pm on Saturday, October 19.Ticket and travel information will be announced on Dulwich’s website.