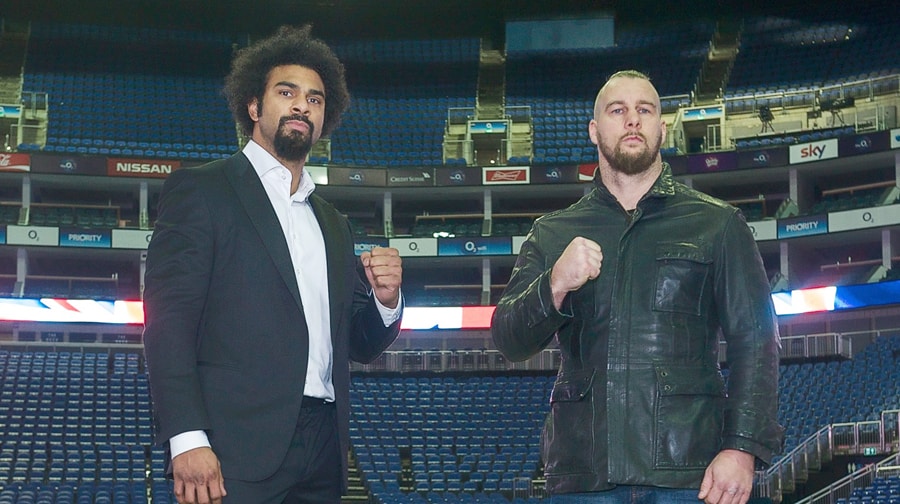 Bermondsey heavyweight David Haye has stated he will demolish Aussie Mark de Mori on Saturday week when he makes his long awaited return to the ring.

The 35-year-old ends a three year plus absence from boxing against de Mori at the 02, hoping that 2016 will eventually lead to a shot at regaining the heavyweight crown he last held in 2011.

Haye said: “‘Haye Day’ is nearly upon us and fans will be treated to a quality undercard before I make my return to the ring and demolish Mark De Mori in the main event.” The undercard has been rejigged after the withdrawal of super featherweight Billy Dib, as the Southwark man explained.

“Obviously it’s disappointing that Billy Dib will not be on the bill but injuries are a part of boxing sadly. Jamie Speight was looking forward to the challenge of facing a former two-weight world champion and hopefully we can make the fight happen on the next Haye Day card.” Haye said.

That bout will now be replaced by a British welterweight title eliminator between Shayne Singleton and John O’Donnell.

Haye added: “I’m delighted that we’ve been able to add two more home-grown fighters to the bill in what promises to be a thrilling domestic dust-up.

“Both Shayne and John have fantastic records and the bout will be a British welterweight title eliminator with a lot riding on it.” Haye takes on de Mori at The O2 on January 16. For tickets visit axs.com.