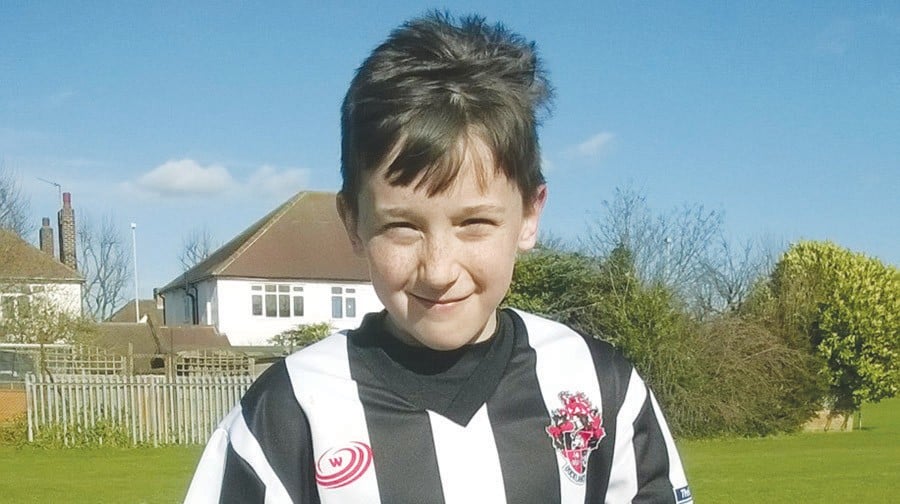 John Hayley hit a treble on Sunday for Dockland U13s

A hat-trick from John Hayley was enough to ensure Docklands took maximum points with another impressive performance on the road.

With the wind against them on a heavy pitch Docklands found it hard to get going in the first half. But the visitors took the lead following a great move down the right instigated by Josh Hyam whose teasing cross was meet by Hayley’s first time shot into the roof of the net.

Junior Reds drew level just before the break but that was as close as they would come to getting a point. Hayley scored his second within minutes of the restart.

Linking up well with Hyam and Liam Costa he placed a shot into the far corner giving the keeper no chance. Harry Watson got the third Docklands goal with a corker from 35 yards, lobbing the ball over a stranded keeper.

Teddy Belcher’s run and shot from the edge of the area found the bottom corner for ‘Docks’ fourth. After having another goal controversially ruled out Belcher then became provider finding Hayley’s well timed run with a flick, leaving the impressive Hayley to claim his third and Docklands fifth with a calm neat finish.

Docklands Manager Danny Belcher said: “With some big players missing due to injures and illness I only had a bare eleven to choose from. “But I thought the boys done very well, our last three games have been away from home and we have taken a draw and two wins which is even more pleasing.”