Manager Gary Abbott stated after the game that his side had “contributed to their own downfall.” 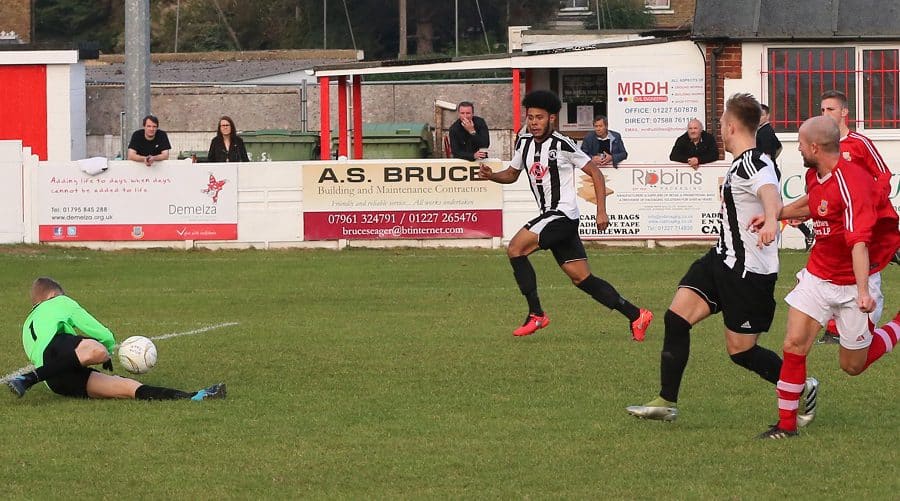 Toyo Adeshina netted a consolation for the Fish with just seven minutes remaining, but the damage had already been done, as goals from Craig Thompson, Charlie Smith, Darren Marsden and a Mikel Thompson own-goal had sent Whitstable into an unassailable 4-0 lead.

Manager Gary Abbott stated after the game that his side had “contributed to their own downfall.”

“Every goal we have conceded today was down to us,” said Abbott. “We’ve been our own downfall once again.

“For the opener, Ricky Wadman should have been a bit smarter coming off his line and caught the ball in front of their forward before he gets his shot away from 6 yards out – with that, you’re 1-0 down after 11 minutes.

“The second goal, we have just stood and watch them throw the ball to their player, when we should be much tighter to him and marking him out of the game. He then turns, runs 10 yards and shoots from 20 yards into top corner.

“Don’t get me wrong, it is a great goal from their lad, but it doesn’t happen if we mark him properly.”

The Fish will now look to get back on track this weekend, as they host Sevenoaks Town at St Paul’s.