With new manager Dean Harrison away, Hunter took control of the side following the sacking of Gary Abbott 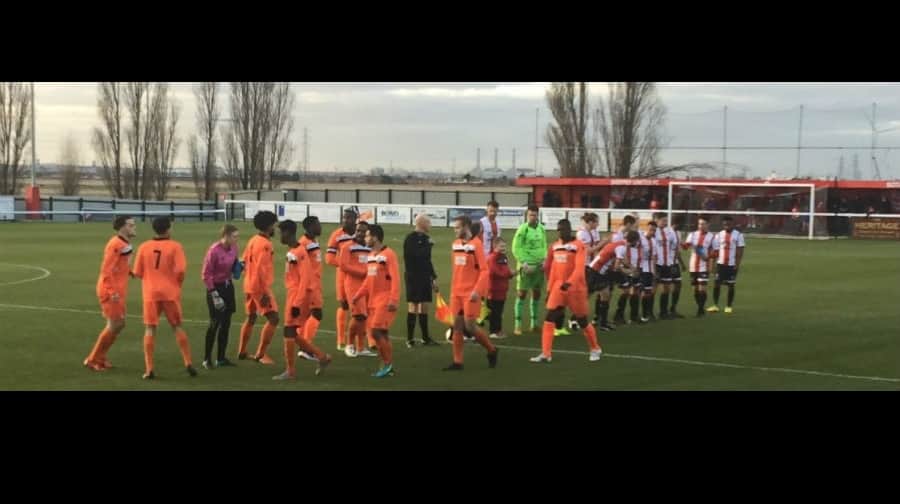 Assistant Fisher boss Neil Hunter claimed that there were “so many positives to take forward,” despite the club’s 3-1 defeat at Sheppey United, writes Mark Litchfield…

With new manager Dean Harrison away, Hunter took control of the side following the sacking of Gary Abbott.

Speaking after the game, Hunter said: “Deano, Richard (White, Head Coach) and I worked on a shape that was going to help us defensively and be a threat going forward. To be honest, the boys took what we said to them on board and we had a very good shape about us.

“We looked very solid at the back and I thought we looked a real threat, especially in the second half. I spoke with Deano and said there were so many positives to take forward to next week’s game.

“Team spirit is something we are really big on and if we’re going get out of this, we all need to stick together – that includes the board and the fans also.

“The support the fans gave us vocally was fantastic. Around 300 people were there and our fans were heard all through the game. I felt that the least we could do at the end is go over and thank the supporters because they will have a massive part to play in this dog fight.

“This is a great club and I’m so pleased to be involved; today has been a very proud day for myself to lead Fisher.”