Fisher will meet Snodland in the next round 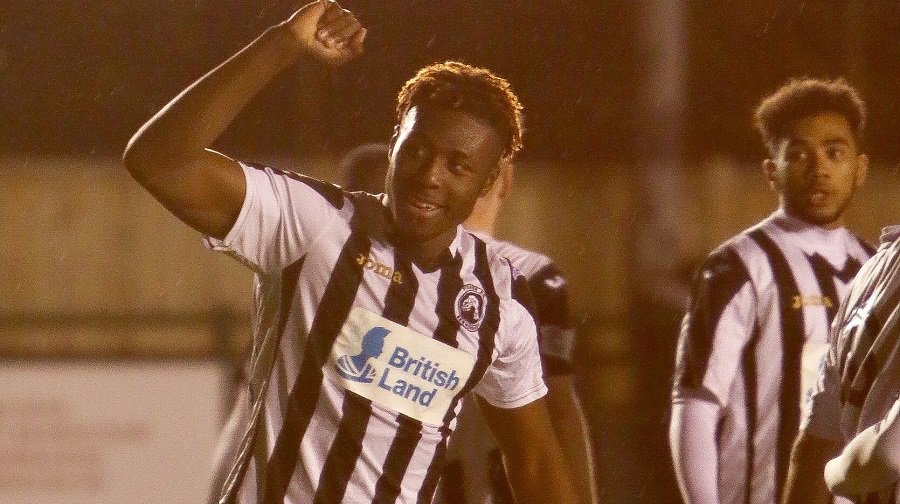 KUSH CAMPBELL-Palmer fired in a hat-trick as Fisher progressed in the SCEFL Challenge Cup with a 4-1 win over Rusthall at St Paul’s on Tuesday night.

Campbell-Palmer had the game’s first chance as Dean Harrison’s side started with the confidence of one top of the Premier Division table. His effort was saved but it took him just fifteen minutes to put the hosts in front in Rotherhithe.

Fisher dominated the rest of the half and had several chances to extend their lead but the visitors avoided going further behind.

Andrew Mott came on for Luke Haidarovic at the break and just minutes into the second half Fisher were awarded a penalty. Rob Brown slammed home from the spot to make it 2-0.

It was three when Campbell-Palmer powered in his second and he had the chance to complete his hat-trick after Trey Small was taken down in the box. Campbell-Palmer wasn’t going to pass up the opportunity from twelve yards.

Rusthall got one back through an excellent strike from Charlie Sharman in the 70th minute, but it was too little too late.

Fisher will meet Snodland Town in round three.

Harrison’s side are back in league action at St Paul’s on Saturday. They host Chatham Town at 3pm.

Southwark NewsSportIn a Kush: Fisher race through in Challenge Cup