The Fisher manager said he 'couldn't ignore what happened' 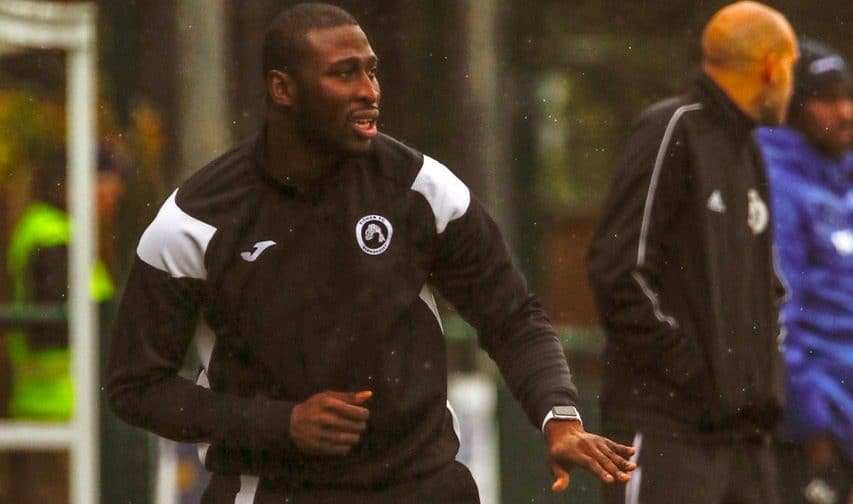 Fisher boss Ajay Ashanike said he made the decision to take his players off the pitch after allegations that a member of the AFC Croydon Athletic team made a racist remark towards his side.

The SCEFL fixture at the Mayfield Stadium was abandoned by referee Dan Blades following a brawl involving 21 players sparked by the alleged abuse.

In a post on Twitter on Saturday, Ashanike said: “I made the decision to walk my players off the field for a reason.

“All my players are safe and sound. I’m sorry to both sets of fans who came today but I couldn’t ignore what happened.”

A Fisher statement said: “In the 58th minute of Saturday’s Southern Counties East Football League Premier Division game against AFC Croydon Athletic, a member of the opposing team made a racially abusive comment towards the Fisher team.

“As a result of this comment, which was immediately brought to the match officials’ attention, the players and management team were united in taking a stand by leaving the field of play.

“As a result, the match was abandoned with the score standing at 3-1 to AFC Croydon Athletic.

“The players, management team and club are all in agreement that there was no option but to leave the field of play and the result of the match is unimportant in light of the abuse.

“The matter is now in the hands of the authorities and Fisher Football Club will make no further comment at this stage.”

Croydon released a statement on Sunday night. It read: “Yesterday’s game at home to Fisher FC was abandoned by the referee after about an hour of play after the Fisher FC team refused to continue the game.

“It is alleged that a racist remark was heard on the field of play. The matter will, quite rightly, be fully investigated and the club will participate fully in any investigation.

“As is often the case in matters such as this there is much inaccurate and unhelpful speculation on social media, but for clarity the incident did not involve any spectators of either side but occurred on the pitch.

“AFC Croydon Athletic joins with all of football in condemning any discriminatory behaviour or language and have the highest expectations of its officials, management, players and spectators.

“As a club that has always provided opportunities to players to participate based on their ability to play without regard for any other consideration and that will continue to be the case. We celebrate the diversity of our teams, being reflective of the community within which we are located.

“The accused player, who had previously scored in the game, firmly denies the allegation. The Club has confidence in any investigation to consider objectively the incident and to reach an appropriate conclusion. The investigation should also consider whether the allegation was based on a reasonable belief and, if not, what action should result as a consequence.

A League statement said: “The Southern Counties East Football League are aware of reports on social media of racial abuse at the game between AFC Croydon Athletic and Fisher, which was subsequently abandoned.

“This matter will be investigated by the appropriate County FA and it would be inappropriate for the League to comment or take any action while those investigations are being conducted.

“As a League, however, we would like to say that there is no place for racism in football in any way, shape or form.”