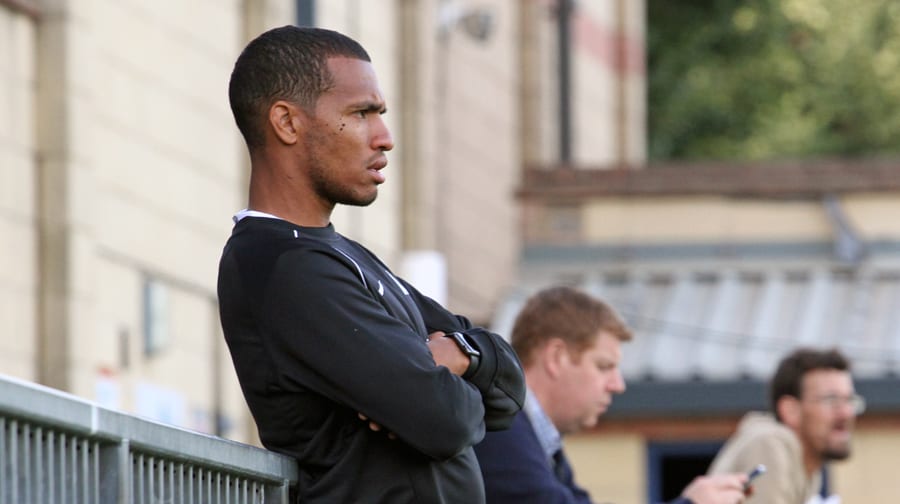 Dulwich player-coach Kevin James netted a vital second half goal on Saturday that the Champion Hill side hope will prove critical in their attempts to make the promotion play offs.

The Ryman Premier League contest away at Leiston ended 1-1 and other results meant Dulwich dropped out of the play off spots after Saturday’s games, but three wins from their remaining three contests could still see them end up in the end of season promotion lottery.

With in form Dulwich striker Dipo Akinyemi out injured Hamlet got off to a bad start when Christy Finch netted for the home side.

But in sodden conditions Hamlet levelled thanks to James on the hour mark and picked up a point to keep their promotion hopes alive. On Monday night Kingstonian, one of Hamlet’s main rivals for the play offs, lost 2-1 to Farnborough Town meaning Dulwich’s fate was now back in their own hands.

The victory moved Dulwich back into the final play off spot in the table and two wins from their two remaining league fixtures will ensure the Pink and Blues feature in the post season promotion contests.

This weekend Hamlet play their final home league game of the season against already relegated Lewes, a 3pm kick off. Dulwich will hope to fare better than their last meeting in February where this weekend’s visitors prevailed 3-1.