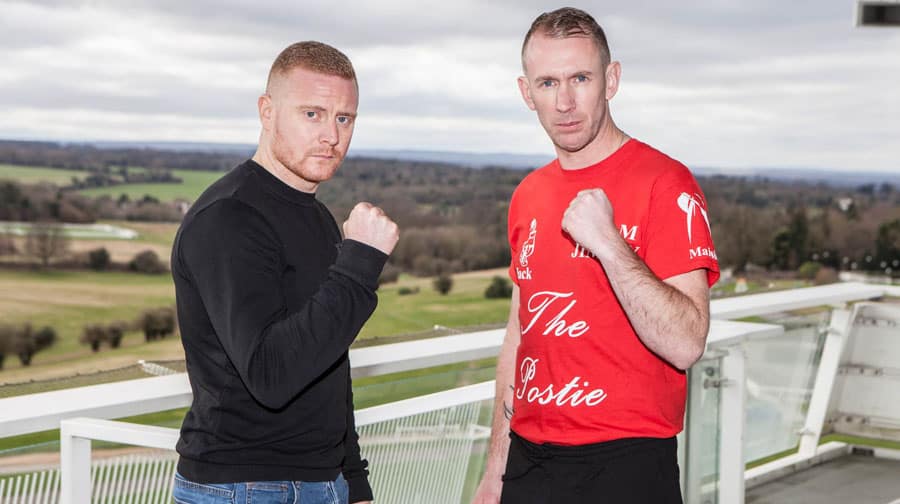 BERMONDSEY POSTMAN Jimmy Haughney has a special reason for stepping into the ring at Epsom Racecourse this weekend. Haughney lost someone to brain cancer last February and any money his bout brings in is going to Greenwich and Bexley Hospice, where his friend was cared for before he passed away.

Haughney is fighting Lee Cannon, a former regional light-middleweight contender. It is 38-year-old Haughney’s second fight in four months, after his epic with Steve Alborne in December, a repeat of which will be shown on Eurosport on Friday April 7 at 9pm. Haughney, who fights in the Queensbury Boxing League, trains twice daily, including a three-mile run and up to 40 sets of boxing exercises, all of which he somehow manages to fit around his seven-hour post round in Greenwich.

One of the event promotors, Alan Foley, said: “These guys train as hard as pros. It’s for fighters who have maybe missed the window professionally, through family, work, etc. “It’s a platform to give guys the chance to box in arenas that most professionals would love to box in. “The risk of injury isn’t as great as in professional championship fights. Here the fights are short and fast, three two-minute rounds. Most injuries in championship pro fighting come in the later rounds with dehydration, fatigue.”

Haughney and Cannon go head to head on the Make or Break undercard on Saturday at 9pm. The fight will also be on London Live.