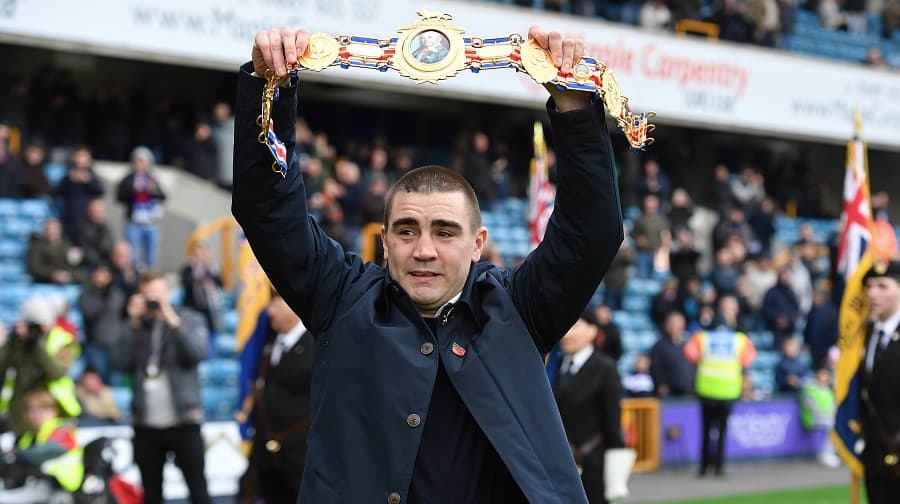 Johnny Garton has admitted Conor Benn and Eddie Hearn are “irritating” him – and told the boxing promoter: Cough up to make it happen.

Peckham’s Garton, 32, is planning to retire this year but first wants to “correct a few wrongs”.

One of his ambitions is a rematch with Chris Jenkins, who took the British welter-weight title off ‘The Pexican’ with a unanimous points decision last March.

Garton also wants to maximise his earning potential in 2020, and is desperate for a showdown with 23-year-old WBA Continental welter-weight champion Benn.

“I hope so, we want to fight each other but boxing comes down to money,” Garton told Queensbury Promotions. “It’s my last year and I want to make some money out of it.

“The money I got offered from Hearn wasn’t good enough to pay the bills. I want more money.

“I want two or three fights this year. I’ve had a great career, but I’d like the Jenkins fight as well. I’d like to correct a few wrongs and go from there.

“Conor Benn and Hearn keep calling me out and they’re starting to irritate me. I definitely want that fight but I want to make some money out of it, I ain’t taking it earning no money.

“It would be a cracking fight. I don’t see it going to points, it would be a stoppage – and I think my hand would be raised.

“He can bang, there is that. He can bang, he stops most of his [opponents]. He’s improving but I just think I’ve got his number. It wouldn’t go to points and I do fancy myself to stop him.”

Garton also wants a chance to avenge the Jenkins defeat.

He continued: “Chris Jenkins I think was the first person to beat me in five or six years so he left a bitter taste, took my belt off me. I’d love that rematch to try and get my belt back.

“I don’t want to take anything away from Chris, I’m good friends with Chris. He beat me on the night, he was the better man. But I don’t think I was 100 per cent myself that night.

“It might be he took it away from me, I don’t know, but I’d like to get in there and get it on again. I’d be a lot smarter, for one.

“There are a few things I’d do different. After the third round I just felt like I couldn’t get going, really. I think it showed, he took me to pieces.

“I’d like to get in there and see how it goes, but I believe I’d do ten times better this time.”

Garton, whose professional record is 24-2-1, explained why he is retiring.

“I want to be able to come out of this game being able to talk properly and have my wits about me. When I step through those ropes I give everything, I will never quit.

“It does play on your mind, especially after what happened Charlie Wynn in the gym. I go and visit Charlie regularly and it does hit home.

“The last year or so my missus and everyone has said, ‘you’ve got to think about it now’. I wasn’t happy with my performance against Chris and I just want my last run and I’ll call it quits.”

Asked what would be the ideal 2020, Garton said: “Getting the British and Commonwealth title off Jenkins and knocking Conor Benn out – and hopefully someone else.”