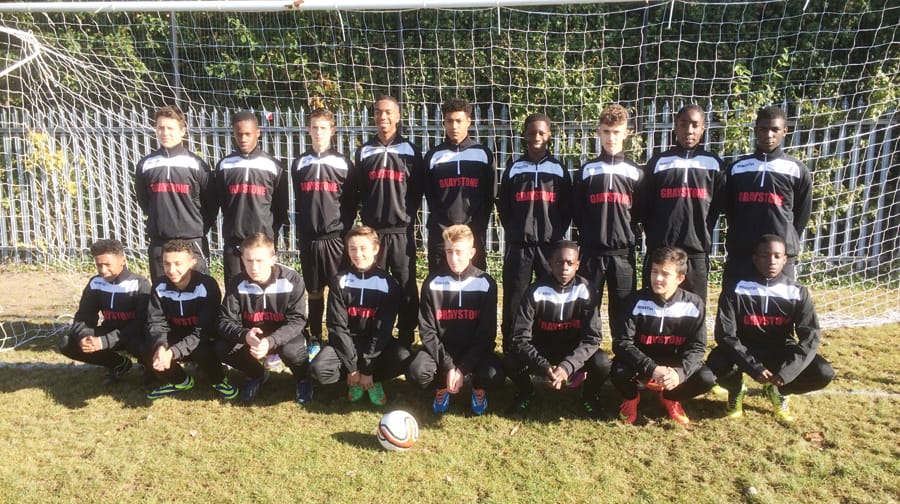 Docklands U16 manager Erol Jones has hailed his side as champions despite the fact they missed out on a Selkent League title by a solitary point.

The Southwark side ended up in runners-up spot in the ‘A’ league, the top division of their age group, despite it being their first year playing at that level.

Jones told the News: “Our expectations were low, we just wanted to come a few places above the bottom of the table. “But we got off to a flyer, as we had been training through the summer, and we won our first ten games.

“We missed out by a point and there is a little bit of bitterness as we would have won the league if another team had not dropped out, resulting in us losing points.” Despite this Jones believes his players, who hail from Peckham, Camberwell and Bermondsey, have much to shout about. He said: “I am so proud of these boys. If I was a sergeant in the army and told them to jump over that wall and die in battle they would do it. “I have to admit after the final game there was a tear in my eye as Docklands don’t have an age group above U16’s and the team will break up and move on.

“I have worked with them to make sure they have clubs or scholarships to go to for next season. They are the kind of boys who you want to go that extra yard for and I am so so proud of them.” The U16’s boss added: “Two years ago when I took over the team were fifth from bottom of the ‘B’ league and now we have gone within a point of winning the title at the top level. “I have guided them but they have achieved miracles really, they had the potential and they just needed somebody to believe in them.

“What they have achieved is remarkable and I don’t want any of those boys to feel like a failure as we didn’t win the title. We have all done so well together.”