The Camberwell school's win of at the London Schools FA Cup secures their place at the London County final on January 31, the winner of which goes on to the national finals to represent London 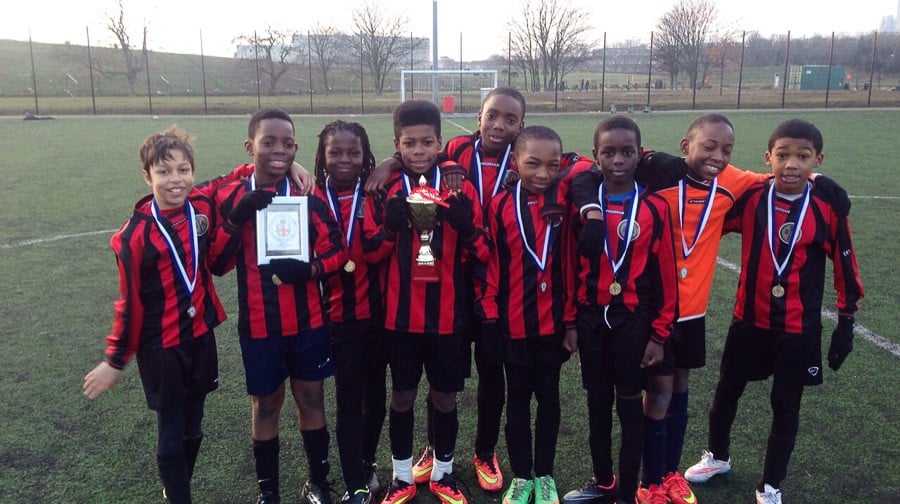 But in a busy tournament a critical semi-final goal from Jamal Ahmed-Dobson ensured Brunswick Park made it to the final, where Ajibade starred in a penalty shoot out thriller.

Coach Joe Dobson said: “The boys could have let their heads drop after the defeat in their first match but their attitude was spot on even after that.

“Jamal’s goal in the semi and Justice’s saves in the final were key but all the boys played their hearts out.

“Nathaniel Odaliki and Chinonso Okeke did really well.  They won as a team and the school are proud of their attitude, talent and teamwork.”

Brunswick Park, who also won the same competition in 2013, started the competition with a 1-0 defeat against Lambeth’s Rosendale School despite dominating play.

After changing formation, the team didn’t look back with Tashai Pringle, Sineen Sineen and Tolu Solesi all scoring in the group stages, without conceding, to ensure qualification.

This left the school to face another Lambeth school, St Bernadette’s, in the semi final.  Brunswick Park again dominated possession from the start but couldn’t finish.

Then, with a minute remaining in the first half, captain Rayen Wildman saw his header come back off the post and Ahmed-Dobson volleyed the ball back into the net.

Facing Rosendale again in the final, Brunswick Park dominated from the first whistle but again couldn’t find the finish to put them ahead.

With a minute remaining it looked like Rosendale would again steal the win only for Ajibade to pull off a top drawer save.

In the shoot out  Jahziah Linton and Solesi both despatched their penalties, and after Ajibade pushed two Rosendale penalties onto the bar, Pringle converted under pressure to ensure Brunswick Park regained their title.

The Camberwell school now head to the London County final on January 31, the winner of which goes to the national finals to represent London.