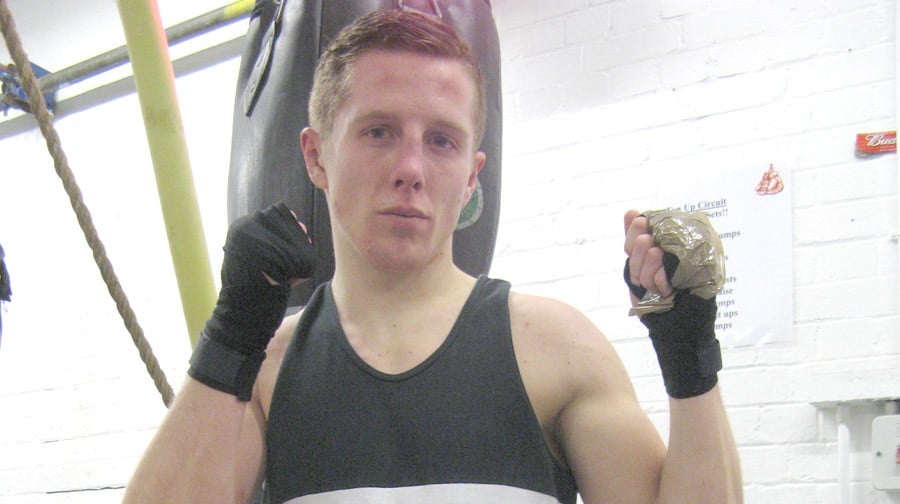 Danny Carr took part in the ABAs despite a hand injury

A hand injury put paid to any hopes Fisher boxer Danny Carr had of lifting an ABA title his coach Steve Hiser told the News this week.

The 25-year-old had made to the ABA finals in Liverpool last weekend but he lost his quarter-final match up with Adam Cope from the Gus Robinson club on a points decision. But Hiser insisted the Merseyside crowd did not see the best of his lightweight as he carried an injury into the contest, but Carr wanted to fight against his coaches wished.

The Fisher ABC head coach said: “Danny lost on points and we had no qualms with the decision. But that was not the same Danny Carr who took part in the five bouts that got him to Liverpool. “He damaged a knuckle in his hand before the bout and I wanted to pull him out. But Danny wanted to give it a go.

“He will have it looked at and maybe he will have to have surgery now.” But the defiant Fisher pugilist seemed to be coping with the injury initially in the fight, but Hiser spotted problems as the first three minutes went by.

Hiser added: “Danny hit him hard with a couple of rights in the first round and I thought he might be ok, but you could see on his face that Danny was hurting in there. “So he effectively boxed with one hand for most of the fight. He lost out on the day but we at Fisher are still really proud of what he achieved.” Cope fought Luke McCormack from Birtley in the last four of the competition, losing a points verdict against the man who would eventually prevail in the under 60kg weight category.