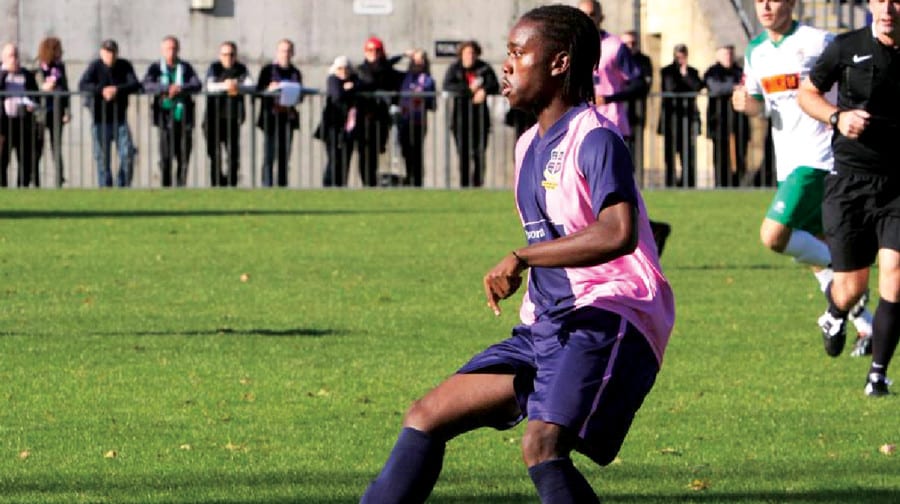 A controversial 89 minute goal from Jordan Hibbert rescued a valuable point for Dulwich on Saturday in a game where all the spoils seemed to be theirs at one stage.

In a contest where Hendon went into the game hunting top spot Hamlet, seeking to tie up a play off position, appeared to hold all the aces when James Fisher saw red on 38 minutes after a heavy tackle on Luke Wanadio.

That advantage was capitalised on just after the second half commenced when Xavier Vidal turned on the edge of the penalty area and rifled a shot into the bottom corner of the net.

However, Hendon found a way back into the game when striker Harry Ottaway chased down an advancing player from the home side but only succeeded in giving away a spot kick. Sam Murphy stepped up and scored emphatically.

Now on the front foot Hendon took the lead with nine minutes remaining when a poor defensive clearance was crossed to the far post where the unmarked Dave Diedhou headed past keeper Phil Wilson. In the last minute of normal time, Dulwich grabbed an equaliser from an unlikely source.

Hibbert, who had been playing out of position at left back, picked up the ball half way inside the Hendon half, advanced a few yards forward and hit a shot that dipped and crashed down off the underside of the bar and back into play.

Following a consultation between the referee and his assistant a goal was awarded. Dulwich then almost nabbed all three points when a low driven cross from Ashley Carew saw Kevin James slide in and miss the ball by a whisker in front of an empty net. Saturday’s contest against table topping Maidstone United is an all ticket match.

To find out how to purchase them, and for the latest Hamlet news, visit www.pitchero.com/clubs/dulwichhamlet