Lionesses chiefs: ‘Millwall community has rallied around us – we always help each other’

Millwall community and rivals rally around Lionesses to raise over £12,000 to try to ensure its survival. 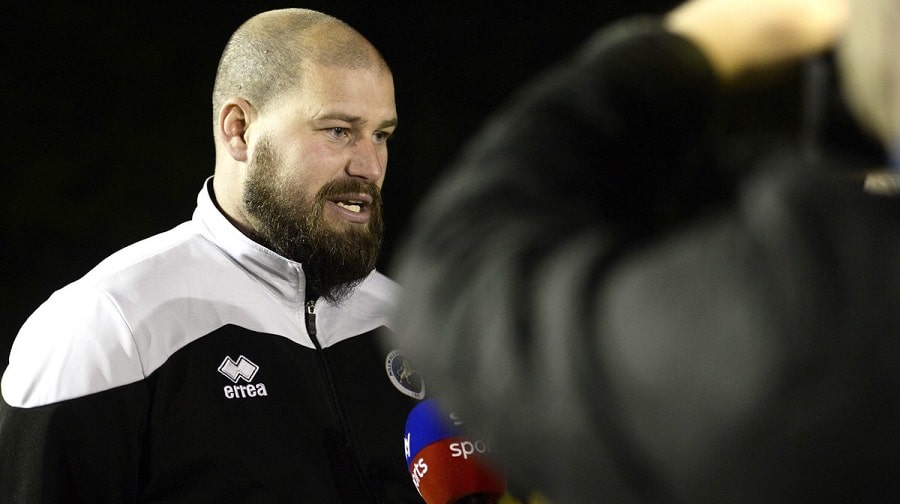 MILLWALL LIONESSES are scrambling to secure funds that will help them see out the season after revealing this week that financial difficulties have left them on the brink of going bust, writes John Kelly.

The club said it needs a “substantial influx of money” to complete its current campaign. An official Crowdfunding page set up this week set a target of raising £10,000 and had reached £6,500 by Wednesday morning before their clash with Aston Villa that evening. (The total has is now over £12,000.)

Millwall Football Club helped pay March wages, and Lionesses players staff are foregoing payment for the rest of the season.

The Lionesses have six more games left this campaign, five of them away. Two of them are in London but there are also long trips to Durham and Sheffield, as well as Brighton on the last day of the season.

At one point this week their FA Women’s Super League fixture at Durham was in doubt. It is one of two games that given the distance they need to stay overnight for, the other Sheffield Ladies which is scheduled for May 6.

Lionesses Interim General Manager Dan Logue revealed that Durham have been helping source cheaper accommodation, while players from other clubs have also contributed to the fund.

“As it stands all Lionesses players and staff have waived remuneration until the end of the season,” Logue told the News. “Ten grand is just to get us through and pay the bills. We have two games involving travel and overnight stays, they are a bit of a trek.

“The Durham General Manager has offered their support.

“I only knew how bad the situation was last Friday, I’ve not been involved in any of the financial side. I had been told I had to secure funding for next year. We had started to do that, there were a few irons in the fire.

“Ten grand will go some way to helping us see it out but we are more than that in debt. We need help from creditors. If we go to the wall then no one will get anything and I certainly don’t want that to happen.

“We’ve done this off our own back, we’ve received donations from the community, from girls from different teams, which has been great.

“The community has rallied around us. I’m a Millwall fan and we’ve always been one of the top teams that give to charities, it’s a community-driven club, as people know, and we always help each other out.”

The Lionesses are unbeaten in the league after Wednesday night’s dramatic injury-time 2-1 victory over Aston Villa when Leighanne Robe grabbed the winner in injury-time. They are three points behind top-of-the-table Doncaster Belles.

Manager Lee Burch (above after the win over Villa) paid tribute to those who have supported their cause at such short notice, and to his players.

He said: “We spoke to the players and staff and outlined the situation to them. The consensus was we wanted to continue to finish what we started.

“I think what has driven the girls is that we are in such a good position, we have something to fight for. We are unbeaten in the league in fourteen months.

“Up until [Tuesday] there was a big question mark over Durham, it’s the furthest one we have to travel to and we can’t travel the day of the game, it would involve getting up at 5am and there is the risk of injury.

“The Crowdfunding has been superb, we’re so thankful for that. We’re hoping it can get us through to the end of the season but it’s one game at a time at the moment. We’re looking better for Durham and they have supported us as well.

“It hasn’t just been players from other clubs supporting us but their family members, ex-players of ours who have strong feelings for the club. It’s nice to see and the way the football community have come together is superb, it’s really good to feel that sense of family from everyone.

“Our rivals are helping us despite us doing battle with them at the top of the table.”

The club’s statement this week read: “Millwall Lionesses regret to inform supporters, and the wider football community, that due to significant financial discrepancies the club finds itself in a position whereby it may soon be forced to go into administration.

“During recent weeks, and particularly so following the resignation of its chairperson and sole director [Emilie Perry] on March 28, the club has exhausted all external funding channels, including Millwall Football Club, who have provided assistance well in excess of budgeted sums and whose support allowed for March wages to be paid to players and staff.

“Moving forward, if the club is unable to secure a substantial influx of money, for example through additional sponsorship, then the Lionesses will regretfully be unable to complete to current campaign.

“This is of course a worst-case scenario and all associated with Millwall Lionesses are working extremely hard to secure its short and long-term future.

“The club will keep supporters aware of future developments.”

People can donate to the club via Crowdfunding at https://www.justgiving.com/crowdfunding/millwalllionesses

When contacted by the News for comment, the Football Association didn’t give an official statement, but said, “we are monitoring the situation.”

Southwark NewsSportLionesses chiefs: ‘Millwall community has rallied around us – we always help each other’