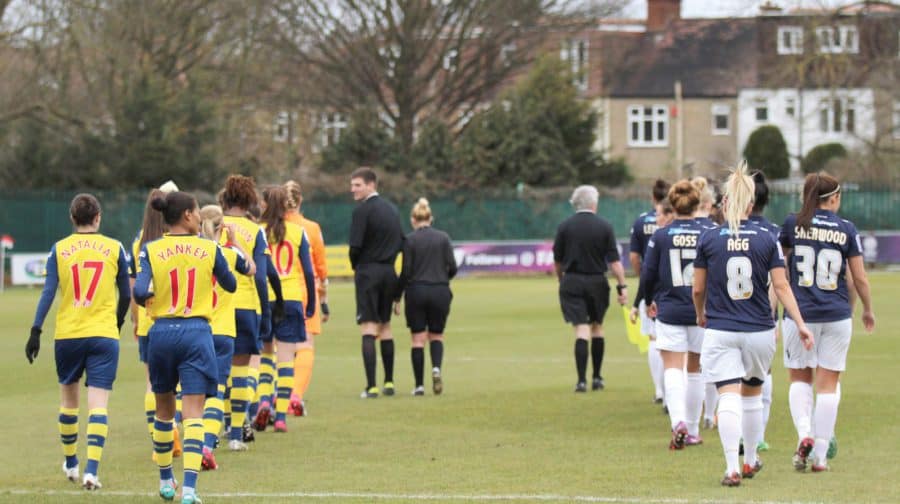 Arsenal ladies will be back to play Millwall this season

Millwall will once again face one of the big guns of the Women’s game after getting drawn against north London rivals Arsenal in the Continental Cup.

The Gunners took on the Lionesses as part of their pre-season programme, a game Arsenal won 3-0, but the pair will meet again in the round robin section of the domestic cup competition.

As well as Arsenal the Lionesses will also take on formidable foes in the shape of Chelsea Ladies. Fellow League Two clubs Reading Women, Watford Ladies and London Bees complete the group. Millwall manager Dan Mlinar said: “It’s always nice to test yourselves against the likes of Arsenal and Chelsea.

“We have played both teams in pre-season and I’ve been very pleased with our performances in both games. “Now we have the opportunity to face them again six months down the line and that will be a good marker to show how far we have progressed as a team over the course of the season.

“We know Reading, Watford and London Bees very well and they will all be competitive games, so I’m really looking forward to the fixtures.” Millwall begin their Continental Cup matches at home to London Bees on Wednesday July 22 before travelling to Reading Women seven days later on July 29.

They visit Watford and Chelsea on August 12 and 26 respectively, before completing their group fixtures with a home tie against Arsenal Ladies on Sunday August 30. Season ticket holders gain entry for all home cup fixtures for free. For more information visit www.millwall.fawsl.com.