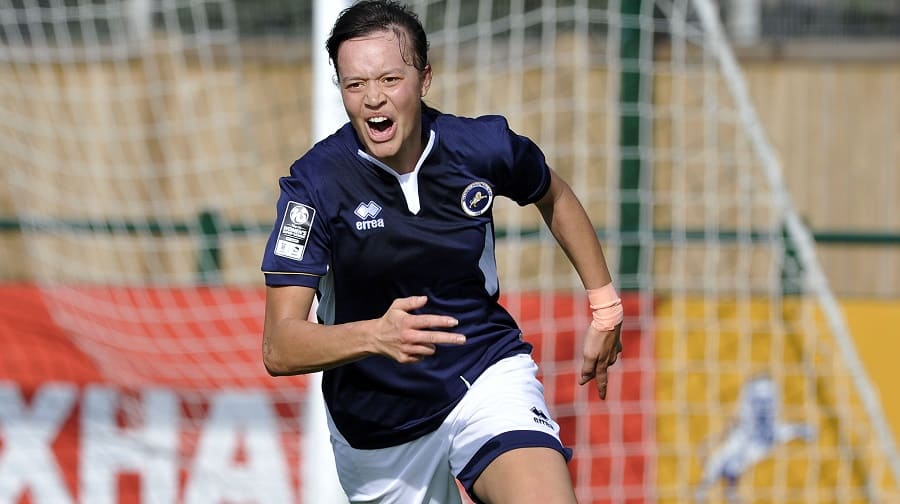 MILLWALL LIONESSES boss Chris Phillips said the dressing room was “like a morgue” after the 8-0 defeat to Charlton last Sunday – but insisted his side would stay positive following their second successive eight-goal loss.

The Addicks opened the scoring on 24 minutes when Kit Graham’s shot from point-blank range forced Lionesses ‘keeper Chloe Sansom into making a spectacular save but to her dismay the ball fell to Liz Ejupi who stroked it in.

Charlton increased the pressure and added two more goals in the next five minutes. Lilly Agg was set free after great link-up play on the edge of the area and her shot found the bottom left corner, before Ejupi added Charlton’s third after stealing the ball from Yelina Priest to poke home.

Ejupi then popped up in the box with a stunning volley for her hat-trick and Charlotte Gurr scored a fifth just before the break.

The second half saw a depleted Millwall side concede three more, with April Bower’s 35-yard strike finding the top corner. Ejupi then grabbed her fourth and Graham headed past Sansom at the back post to make it 8-0 to the visitors.

“We had five corners in the first ten minutes, and I thought we were good up until the moment when the first goal goes in,” Phillips said.

“We spoke about it last week, the five minutes after [conceding] and again we have not done well in those five minutes, so that is where I think we need to improve.

“What is frustrating is that we had a really good week this week in training. The energy and effort the girls brought to every session after the last week [against Tottenham] was fantastic.

“It’s like a morgue in there at the moment. They have just lost for the second week in a row, so I would not expect it to be any different. However, like I said last week, they brought a good vibe to training and I will see that again this week.”

The Lionesses’ top scorer this season, Gabby Ravenscroft, started on the bench, while club captain Leanne Cowan returned to the fold after being out for six weeks with an ankle injury.

Phillips said: “Gabby has had the flu, she missed two of the three grass sessions last week. It was not tactical or anything she had done wrong, she had just been struggling.”

Phillips also explained Cowan’s substitution at half-time. “It was part of her rehab. The medical staff informed me that she was good to play 45 minutes. She was frustrated when I took her off. I think she is good to go but she was not worth risking.”

The Lionesses play Aston Villa next in the Women’s Championship. Villa are only a point ahead of them in the table and Cowan called for a reaction.

She said: “We need to respond quickly and it starts now. It starts with our recovery [Monday] and our training [Tuesday]. Even though we have had two bad weeks we have to put it behind us.

“Next week is massive for us, it is more or less our cup final. The thing about Villa is that they’re not rubbish. They’re a good team, they work hard and are hard to break down.

“It will be a real game, but it’s a game we hope to compete a lot more in.”