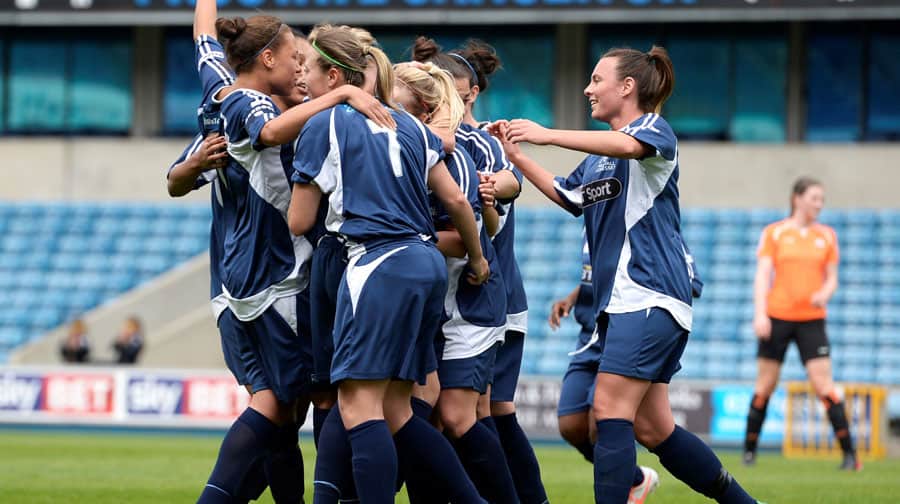 Millwall Lionesses ended a run of three defeats by taking a point against promotion chasers Everton Ladies on Sunday.

The Lionesses last picked up a point a month ago when they held current league leaders Yeovil Town Ladies in a 1-1 draw. Since that date they have fell to defeat against London Bees, a return fixture against Yeovil and a 1-0 reverse against Oxford Women.

But Sunday saw something of a return to form especially when a Rinsola Babajide goal gave the visiting Millwall side a half time lead. But Kelly Jones levelled things up in the second period for the Toffees and both sides took a point from their final fixture before the mid-season break.

Lionesses Leanne Cowan said after the game: “There were big improvements on our last team performance, when we played against Oxford. “We’ve had a difficult week in camp, but to pick it up and get a point against a good Everton side means a lot for us.

“It was probably one of the best games we’ve had this year in terms of everyone fighting – putting bodies on the line and leaving everything out there on the pitch.” To buy tickets to any FA Women’s Super League match visit www.ticketstores.co.uk/fawsl.