The Lionesses have three games left to try to snatch the WSL2 title from Doncaster Belles' grasp. 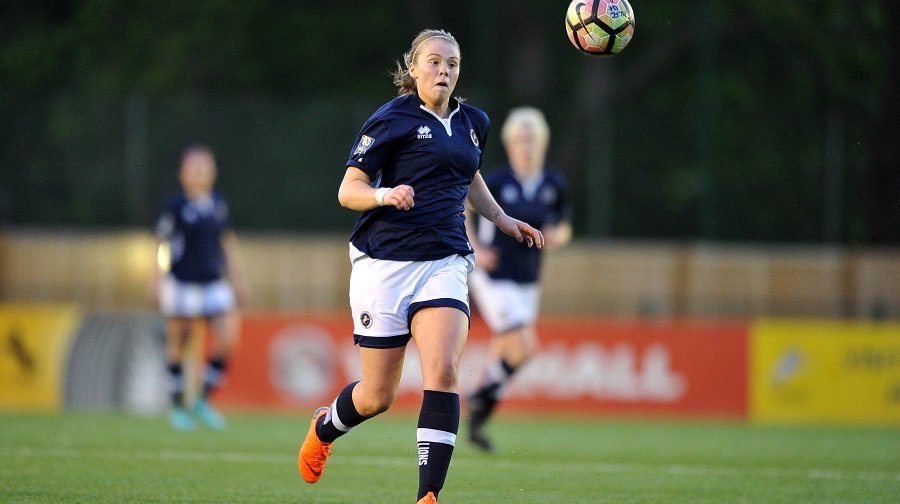 MILLWALL LIONESSES came from behind to draw at Tottenham on Wednesday night.

The Lionesses had won 4-0 at Watford last weekend.

Their latest result leaves them two points off Doncaster Belles who top the table.

“It was a frantic finish to that match, we like to do it the hard way sometimes,” Millwall midfielder Bonnie Horwood said.

“It was sort of end-to-end all game, but the Millwall attitude is we don’t give up until the end and we managed to nick a goal and were unfortunate not to get another one at the end.

“It did feel like the Aston Villa game again when we got the equaliser and we had a couple of chances from right up close at the end, but we just didn’t quite get that bit of luck.

“They had chances as well, though, so it was pretty even.”

The Lionesses have three WSL2 game left, starting with Sheffield away on Sunday.

Horwood added: “Obviously we’ve dropped two points and with the three points earlier in the season we had taken off because of paperwork, it doesn’t help our cause.

“We’ve got to make sure we go out and win our remaining three games and put in good performances.

“Our game in hand’s gone now, so we know exactly what we need to do and we’ve got another tough game on Sunday, when we’ll be aiming to get the three points and bounce back again.

“We’re expecting a physical game against Sheffield and if we can get the ball down and play our own game then I’m confident we can get the result again.

“Doncaster have set such high standards and that is not helping us trying to reel them in, but I’m sure when we play them that’s going to be a good battle.”